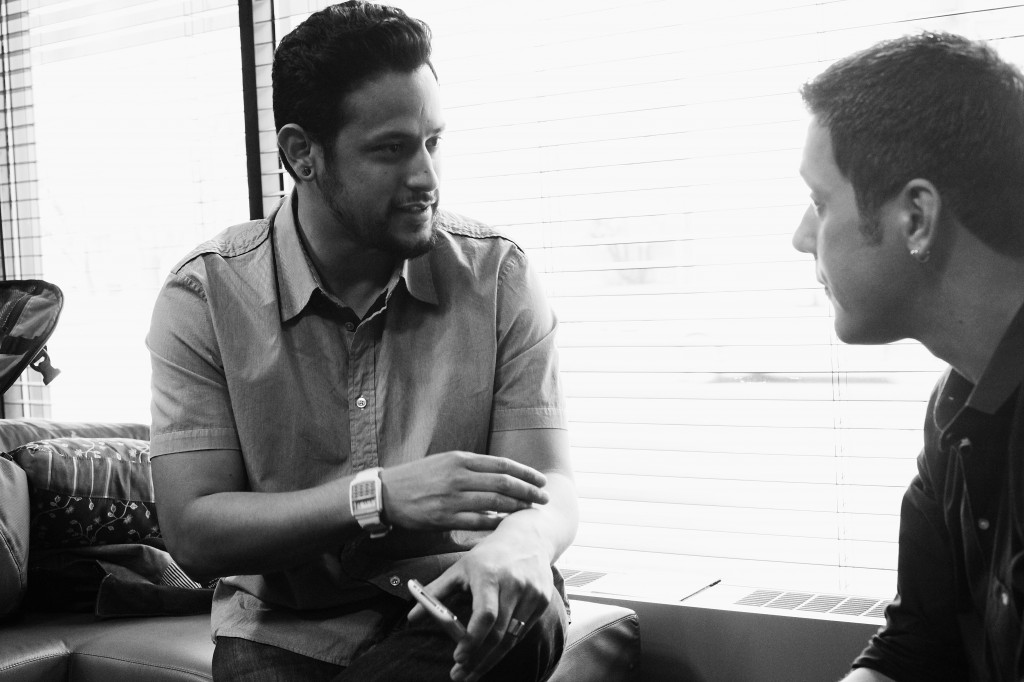 Let me pause for a moment to briefly retrace the steps that led me to sitting across from Canada’s boyfriend at the Hotel Arts in Calgary on Tuesday, May 15, 2012. I don’t want to mislead anyone into thinking this is “how I roll.”

Right after our staff meeting ended on that particular morning, I remembered receiving a call from the editors of Georgie Magazine about an opportunity to interview George. [Insert mini-heart attack.] The next thing I know, I’m in a car, with the editors, scrambling to piece together confident and interesting questions to ask. Let’s skip over the part about me borrowing my co-worker’s cardigan because I was unsure about my shirt or the helmet hair I furiously tried to style with water and desperation.

Actually, let me reminisce a little about what went on in that little car. Ashley, aka, “Self-Appointed President-for-life of the George Strombo Fan Club” was attempting to constrain her nerves and excitement over the fact that she was going to meet her BF on her birthday. Nathan, aka, “The Calm, Cool and Collected One”, served to keep Ashley and I, calm, cool and collected. Although, I’ll admit, we all had a bit of a breaking point when we missed the exit into downtown because we followed Google map and not our instincts.

When we finally arrived at the lobby, we exhaled a little and walked into the great unknown.

After years of watching George Strombolopolous on Much Music as the intelligently articulate metal-head VJ and then seeing his career take him to a broader audience as the host of George Strombolopolous Tonight on CBC, I was very nervous about having landed this interview. I’ve seen him question legendary musicians, politicians, actors, authors and humanitarians. I’ve observed him calmly ask questions that unintentionally extracts laughter and tears from his guests. So you can’t blame me for feeling both intimidated and overwhelmed at the idea of turning the table and having him answer my questions.

There was no way I could allow the dialogue to just happen.

Thankfully, this is exactly the kind of conversation you want to have with someone like George. He was charming, sincere, unpretentious and genuinely interested in hanging with us. His passion was not only contagious but inspiring.

You can read the published interview on Issue #9 of Georgie magazine here. Or pick up a copy at participating stores and shops in Edmonton and Calgary.

I’ve also made available excerpts of the interview that didn’t make it into the article here. It’s definitely worth reading.

A WORD OF THANKS… 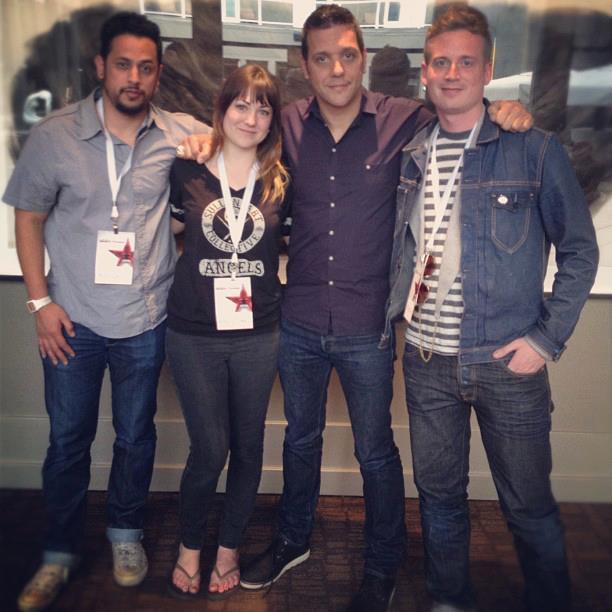 I have to give a big thanks to Ashley and Nathan for placing a ridiculous amount of responsibility into my trembling and insecure hands. The opportunities and experiences I’ve had with you two (so far) has been fun, memorable and cherished. Georgie Magazine is your baby and I know how insanely hard you guys work to see it grow, so I don’t take it for granted to be a part of your story. (Can we hang sometime when it doesn’t involve stress or awkward moments? #please)

I also want to thank my team at City Centre Church (Kevin F, Kevin M, Julie and Diana) for being the kind of team that not only allows a full-time Associate Pastor to run off to a different city in the middle of the day for an interview, but also enthusiastically encourages it. BEST. JOB. EVER.

Lastly, I want to thank Kelsey for being the kind of wife who understands, inspires and enables my continued attempt to write. (Even when it infringes on our “home time”). You even transcribed the entire conversation for me! I’m pretty sure the time you spent playing and replaying George’s voice had something to do with your deepened love for him. Get your own boyfriend! If I ever write a book, I’ll write a much longer and thoughtful dedication. For now, I’ll get off the computer so we can go to bed together.

Below is a clip of George Stroumboulopoulos Tonight for your enjoyment. In September, you’ll  be able to catch him at a new time slot at 7 PM and then again at 11:30 PM on CBC.