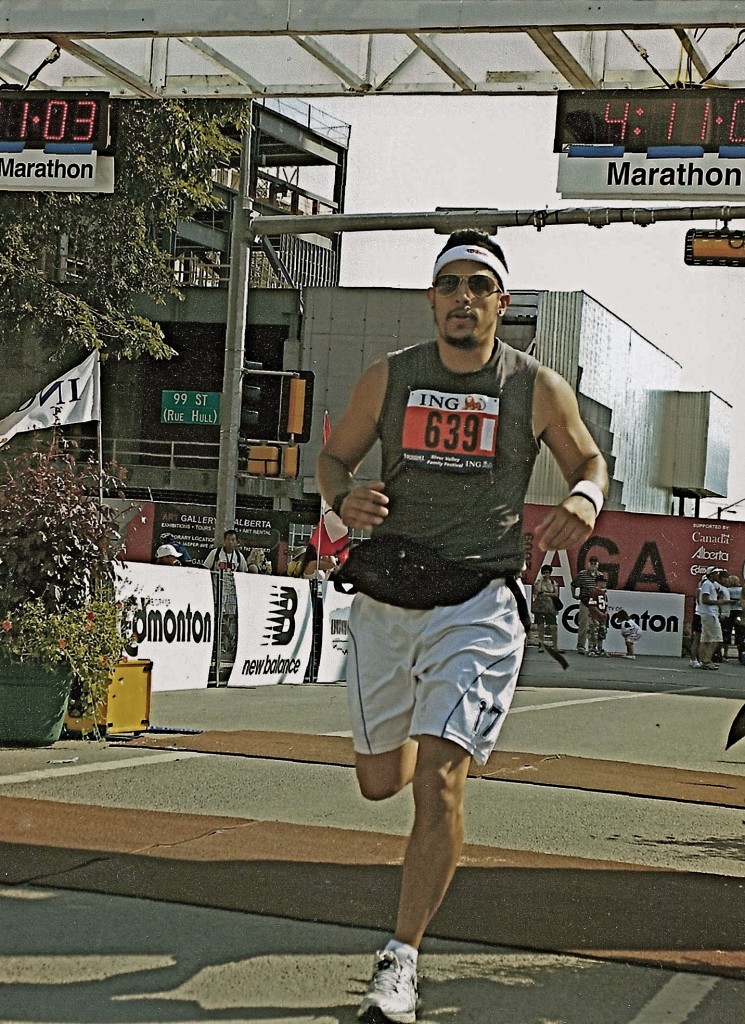 I’m currently taking lessons on writing. In the first lecture, one of the things I learned is that the most important building block to great writing is a sentence. Stunning edifices of literature built by the likes of Shakespeare, Dickens and Márquez are examples of what happens when you engage in the discipline of sequential small steps. Don DeLillo, a famed Italian-American author and playwright in an interview to the Paris Review once said: “This is what I mean when I call myself a writer. I construct sentences.”

What would it look like if we harnessed the power of increments?  What would you attempt today, if you could take the final goal (i.e. a painting, a garden, a business plan, a marathon) and threw it into the darkness without hurrying to retrieve it? What would it feel like if the journey towards the ocean started with small puddles? Can you handle splashing in a puddle?

When I ran my first marathon 3 years ago I learned that anybody can finish a marathon. The difference between long distance runners and the rest of us, is that runners are deliberate with the sequence of their steps. People who claim that the distance is too far don’t realize that in their lifetime they accumulate significantly more kilometers than 42.195. Therefore, it’s not that they can’t run that far, it’s that they don’t know how to organize their steps.

I began my journey by running 6 km every second day. Initially, those 6 kilometers were the most strenuous kilometers I experienced throughout my training. In fact, in my very first run I survived 3 km and walked the rest. As I continued to add more steps I was surprised with my progress. I stopped running out of breath, not because I have steel lungs, but because I ran slower.  The art of the marathon is that you run slow enough to see the world at a different pace.

Because I was new to “serious” running I didn’t know about energy gels, salt tablets or the inevitability of chafing. I walked several kilometres, I took prolonged “water breaks” and had many people of all ages and genders speed pass me as I if I were a car on the slow lane.  I finished my first marathon with the lightening quick time of 4 hours and 11 minutes.  I remember hearing a quip about Kenyans praising a faintly breathing competitor after completing a race. The surprised runner asked, “Why are you amazed with my time? Didn’t you guys finish in 2 and half hours?” To which they replied, “Yes, but it’s only because we can only run for that amount of time. You on the other hand can run for over four hours! That is amazing!”

Novels begin with one sentence in front of another. Marathons begin with one determined stride over another. Sometimes, the beginning first steps are the most arduous. It’s for that reason that I’m making the mental decision to run another marathon. Eventually, this decision will be translated into actual pounding of the pavement. But for now, I’m going to allow the smugness of this resolution to serve as a warning to my overcrowded fat cells that their lease is coming up!

I don’t know if you’ve ever wanted to run 5 Km, 10 Km, Half Marathon or a Full Marathon. But I’d like to extend my limited experience, failures and music playlist to help you accomplish that. Starting on Thursday April 7 I’ll be running in the River Valley once a week. So take this invitation and think about it. It would be fun to have others to run with. Email me at ordinarystrange@gmail.com to get more details if you’re interested.

To conclude, allow me to leave you with a quote from runner/author John “Penguin” Bingham:

Check out some of the races happening in your sector of the world at runningroom.com

6 thoughts on “Why should a sequence of brisk steps be anything but a pleasure?”