Dave Calvert is a man of distinguished taste and remarkable talent. I always look forward to what this singer/songwriter will crown as his favourites. This year is no exception. 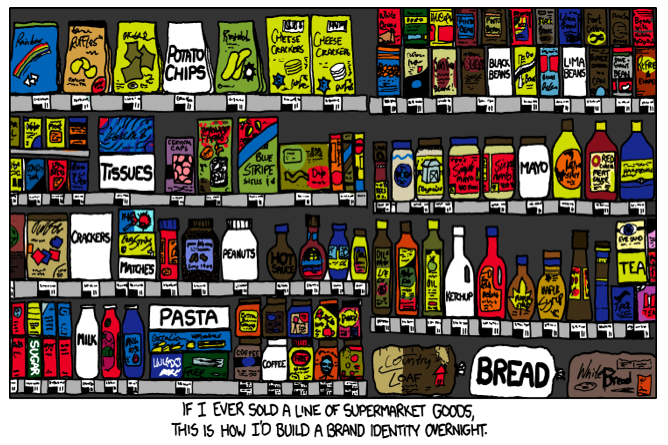 It’s just fun. Simple/big beat. I had the band recommend from an old friend and actually had the album playing more than I might have thought throughout the year… and a fun way to open the album.

Alas, mutemath. I am a bit of a sucker for them, and although I’m not sure they have ever reached the same kind of buzz that their first album had, I still feel there are little gems that I appreciate. Whether through a video or just the way they record I’ve always appreciated them.  I love the pocket the find in the verses especially…groovy.

Sometimes you need some soul. There aren’t many dudes that I would say have a beautiful voice, but Amos Lee might be one. He is a good songwriter, but his songs end up being better than good because of his voice. I feel like in a song like this, others would have to try to be this good. Amos just is that good.

james vincent mcmorrow//if I had a boat

Wicked album. One of the best “whole” albums of the year, bar none. Haunting voice and great songs. There were 3 or 4 on my list from this album, but I chose this one. Near the end where jumps the octave and gives er’ really makes the song. Can’t say enough about James. Easily a favorite.

So much hype around Adele; but I believe deserved. I have followed her from the beginning and even though I’m prone to love “19” more than “21”, it is still a great album. Having the opportunity to do it with Rick Rubin never hurts either. This is almost a perfect song; and I don’t throw compliments like that around. It’s like Bonnie Riatts “I can’t make you love me”, this song will be covered by many artists in years to come. Heard it here first.

Switchfoot. Maybe better said Jon Foreman; at least for this song anyways. Jon Foreman is one of the most underrated song writers of our time. I chose this song mainly because it is the most reminiscent of his ep’s. (summer, spring, winter and fall) check out this song to be awakened to his solo stuff, and pray he makes more.

The second I heard this song, I knew I was gonna love it. The album as a whole is really good too. The Roots have just again succeeded in forging their own path in hip-hop, and we are all the better for it. They don’t stick to radio formulas and have come up with another fantastic effort.  As a side note, I could sit and listen to the first 20 seconds of this song over and over and pretend that I am ?uestlove. Brilliant drummer. And that piano riff through the verse is just beautiful.

I have to thank Johnny for the warm introduction he gave to James Blake. Kinda didn’t see it coming but I can’t get enough of this guy. LOVE his voice and his songs and his covers… a real talent that I look forward to following… hard to pick which song I was going to choose for this – hard to go wrong with this one though.

Another album that was exceptional throughout.  Falsetto has been reclaimed and rests in the truly capable hands of someone who can execute it without leaving any residue of cheesy; don’t be fooled; this is hard to do. Justin Vernon, I again tip my hat to your great work.

Although a great song and even better band in my books for sometime now, this song in particular has made the list as ode to those who have ever sung for the shear joy of it. For those who dawn a robe, or stand in forgotten church lofts, or have stood out in high school because none of the cool kids flanked you when you had to sing for some school assembly, this one is for you. For the one who takes their place in the faceless choir to sing for the song itself, who serve the music and find a deeper meaning and appreciation for the song while in company of others. Unlike a solitary voice that might pierce or force its will; the choir feeds off of each other. Each voice egging the other on until the raised collective finds its voice and strength in the numbers. I found myself humming with the choir more than the soloist. Good song.

Thom Yorke is a great dancer. Not sure if that tells you how good or bad I am…but I did really enjoy the song and love the band. Foot-tapping beat and I just always seem to love his melody lines.

Feist in a playlist is like a good cigar. It just can’t be devoured, it needs to breathe and be stoked. Songs like hers interspersed in my music cause me pause; to stop and think while I take in the view. She has had a way about her, especially in her last couple efforts that have a calming effect on me. I feel like she is a pro in not rushing songs; like they don’t need to be “hits” to be good. Something true and understated in her writing that often feels like a wine or something refined, appreciated more over time.

This one grabs you from the start and doesn’t really let go. Has the feel of a band that plays together and recorded it in one take. Brass and cymbals, a kick that doesn’t relent and voice that calls out like Lt. Dan in Forest Gump atop the mast yelling to the sky. I don’t feel that there songs are all exceptional – but I love this one.

A true wordsmith. It inspires me as a writer. I felt like I was with him at 1:37am when the song began to find it’s voice and where he pressed the record button and gave himself permission for the song become all it could. He didn’t mess with it, and again he concluded that good songs don’t need a lot of window dressing.

This pick in all honesty feels like that moment when someone calls in that favor that you wished you never owed them. Or when have made it far enough in the social hierarchy to be a “cool” kid and one of your close friends that you like but don’t know if you want to be seen with anymore asks to be on your playlist. This is coldplay on my list. Great work in the past, and although there were only a couple that I liked much on this one, I thought “up in flames” had a middle ground where coldplay comes from with their songwriting and where it’s going. The constant beat throughout wasn’t typical to pair with a ballad, but I really liked it. And although severely short, Johnny’s guitar riff at the end is much appreciated.

the civil wars//poison and wine

I have a feeling that we are going to hear a lot more from these two in the coming years. And although I am worried that they will become too popular for my liking, and probably steer themselves toward the country side of things…But the entire effort on Barton Hollow is very good. Voices that have found true compliments for each other; youtube some of their candid performances you will not be left wanting…

Fun song. Great beat. Nothing ground breaking lyrically, but really enjoyed the combination of the beats and brass and think it will make a great summer jam with the sun roof open. We will be hearing about these guys more in the future.

tv on the radio//second song

Love this guys voice, and a tight jam to boot. An interesting band with some really good music that people don’t often hear. I like how they take some time to really get the song to it’s groove in the chorus, it’s a good build up and the chorus is like a great reward for listening – and try to not bop your head and mimic his voice in the chorus when you hear it. Dare you.

Great album by The Dears. Couple songs I really wanted on this list, namely “This Blood”, but this one won only because of a coin flip. Definitely check them out. Upbeat and just a great song for a band’s band – and a fun way to end a playlist.