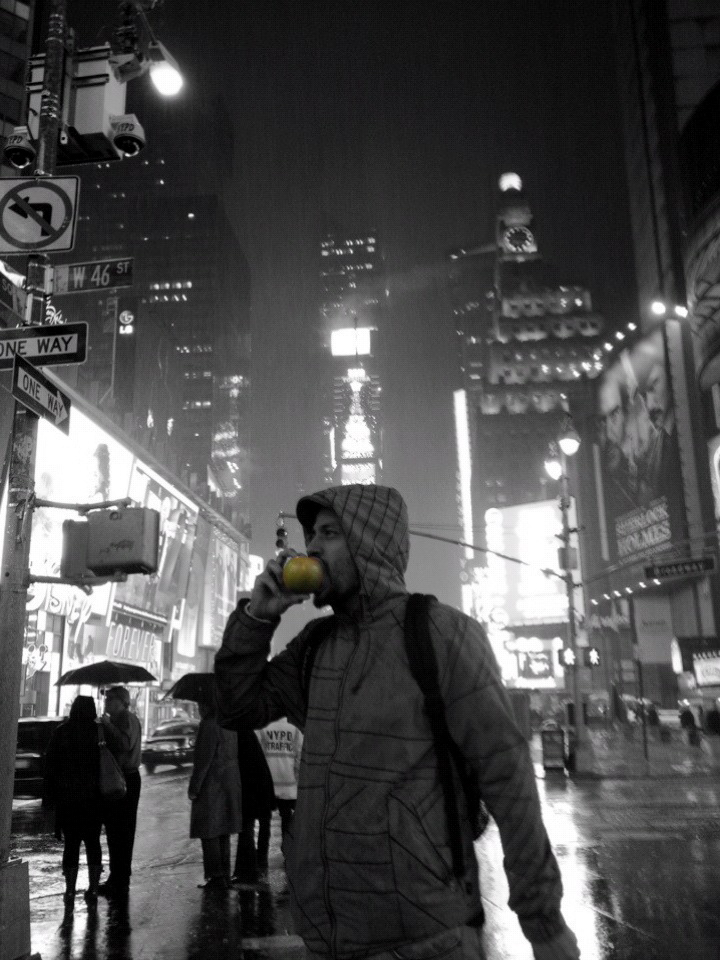 There is no place like it, no place with an atom of its glory, pride, and exultancy. It lays its hand upon a man’s bowels; he grows drunk with ecstasy; he grows young and full of glory, he feels that he can never die.~ Walt Whitman

I never sleep, cause sleep is the cousin of death
Beyond the walls of intelligence, life is defined
I think of crime when I’m in a New York state of mind.~ Nas

What can you say about New York that hasn’t already been said, rapped, written or sung about ? It is the task of each visitor to interpret and express what one experiences from the city that steals your heart (and/or your wallet). I’ve compiled a very short inventory of an otherwise epic adventure. I hope you are motivated to visit this great city so that you too can exhaust your friends and family with the redundancy of “When I was in New York…” stories. They’ll love and respect you all the more because of it. (I’m looking at you Kelsey and Dave).

1. The bagels that changed everything. 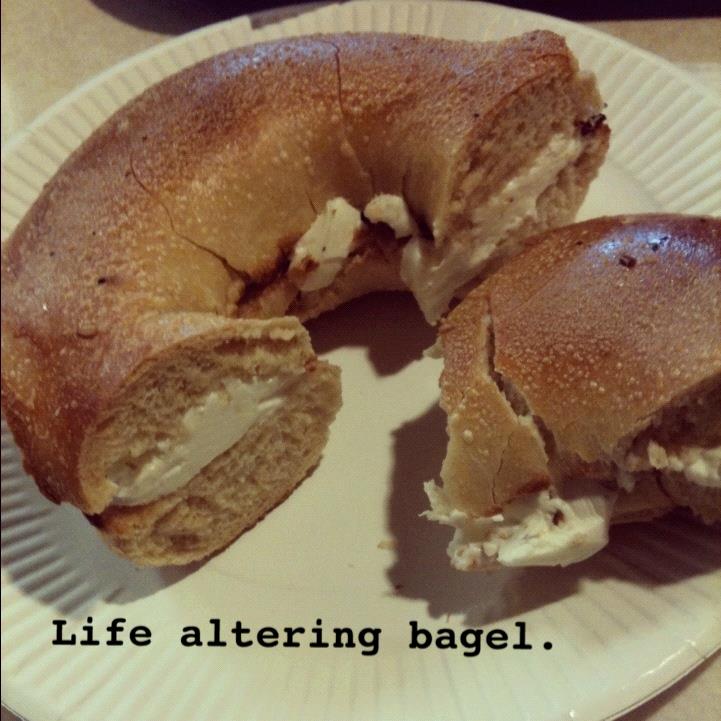 I enjoyed deliciously greasy pizza. I tasted amazing kimchi/beef tacos from a food truck. I sampled an appetizer from Bobby Flay’s restaurant. I indulged in Venezuelan and Cuban cuisine. Yet, despite all these fantastic food offerings the one delicacy that remains lodged in my heart and mind are the bagels. Almost every morning we ate these divine flour circles loaded with cream cheese or bacon-eggs-cheese-ketchup-salt-and-pepper. The legend is that Brooklyn is where the magic happens. Some actually claim that it has something to do with their water. (I’m not kidding). All I know is that they are crispy, soft and savoury in all the right places.

2. Famous People I saw on the street (or think I saw) other than Stephen Colbert, Jon Stewart, Ray Fiennes, Rev. Al Sharpton and the Black Keys. 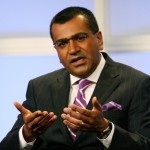 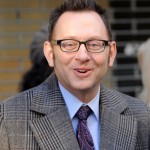 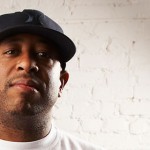 My Tio Toño and Tia Marta spoiled us as if we were Canadian dignitaries. They opened their hearts wider than the doors of their home. By the time we left they were conspiring of how to get my fellow traveller John Mark into the family. (What if he married your cousin Karla?) We ate as well as we laughed; often and always wanting more. You haven’t heard someone exclaim, “THAT’S BEAUTIFUL!” until you’ve heard my Tio. You haven’t heard someone speak spanglish until you’ve heard my Tia tell a story. My cousin Dougie and his fiancé  Anastasia were sweethearts who despite the busyness of their transitions were more than willing to show us the best of Brooklyn.  My family was BEAUTIFUL! They were New York to us: larger-than-life, loud, colourful, vibrant, inviting and intriguing.

4. Despite all the security measures at the Colbert Report and The Daily Show, it took the stealth of a Drone to walk out undetected with the following pictures:

Set of The Daily Show with Jon Stewart 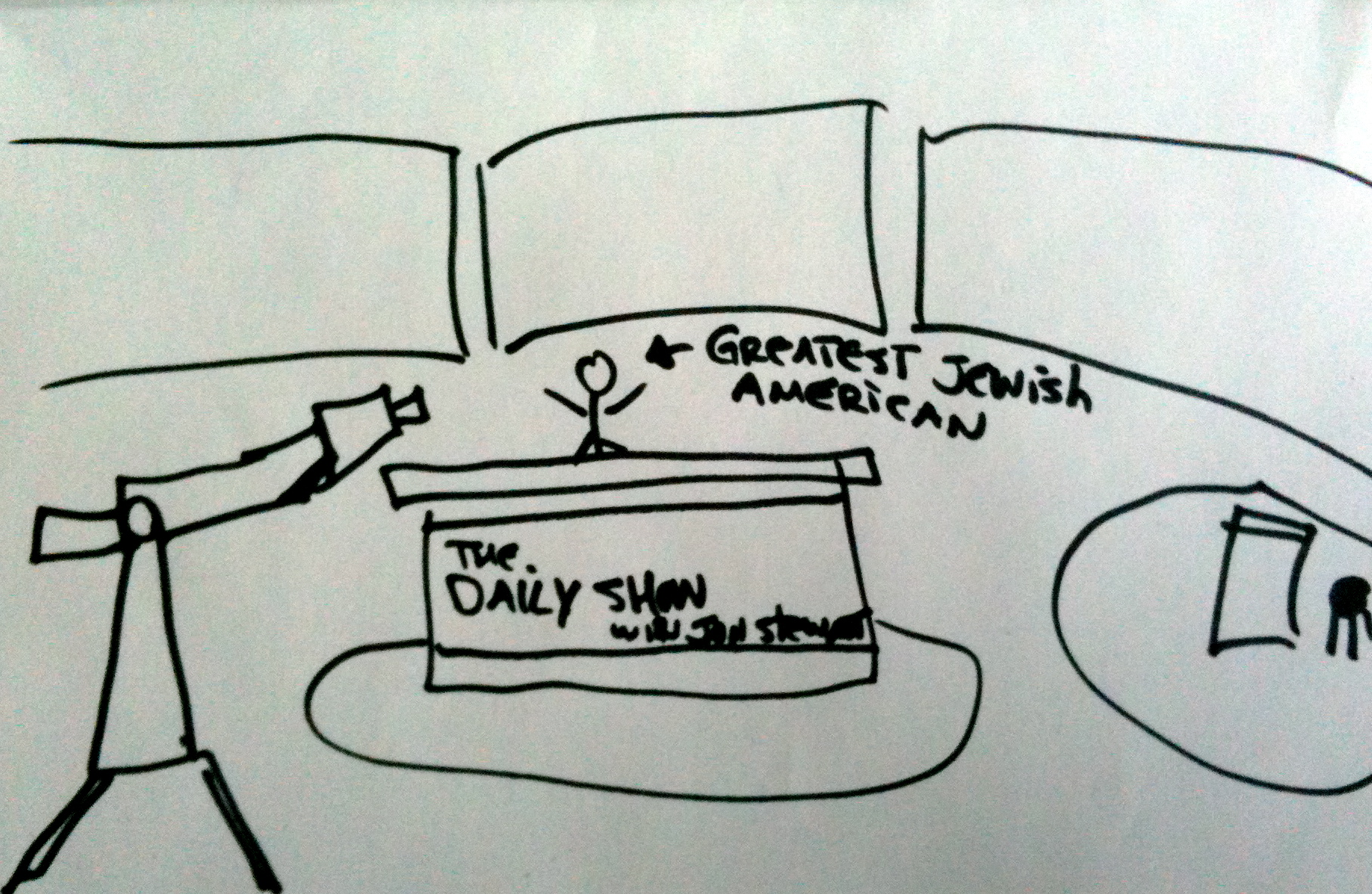 Set of The Colbert Report 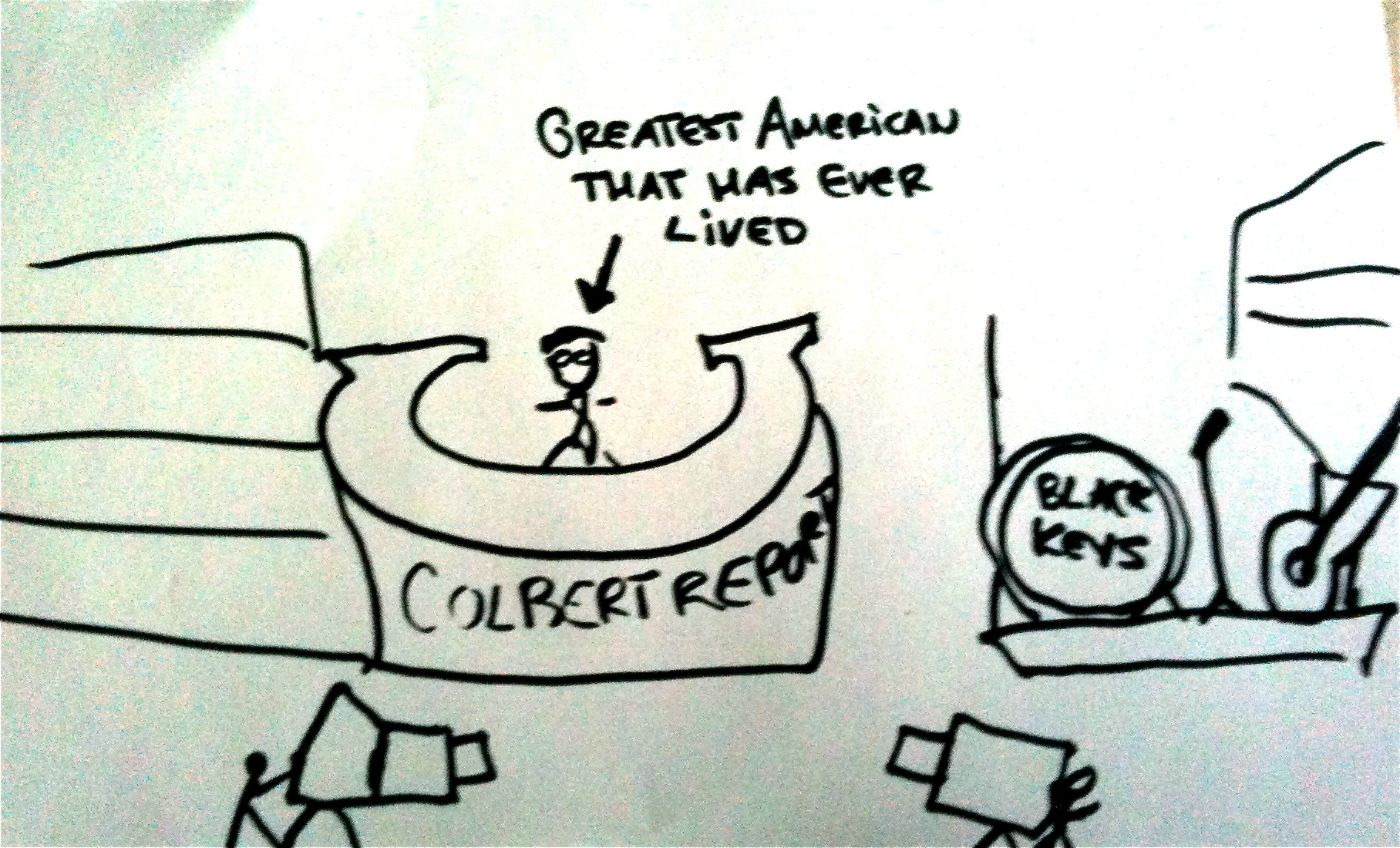 Set of the Colbert Report (view from camera #5) 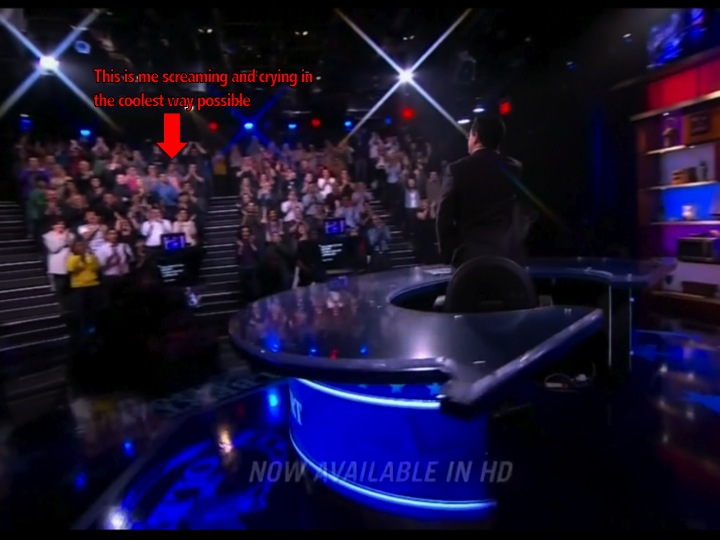 5. The origin of Hipsters according to an unnamed source who used to live in Brooklyn:

It all started in Williamsburg, Brooklyn. Artists, writers and musicians used to live there with all their eccentricities. Many of them were poor so Thrift stores were the place to purchase clothing. Like hippies and beatniks of the past, they had a certain aesthetic and attitude. Eventually what was once an authentic expression became trendy.

If you would like a full view of the pictures I took in New York you can check them out here.

Also, please force your friends and family to subscribe to this blog. It helps my self-esteem AND they get a chance to win “An Ordinarystrange Care Package”. Here’s the link: http://feedburner.google.com/fb/a/mailverify?uri=Ordinarystrange&loc=en_US

On second thought, input their email without them knowing* and I’ll send them a very desperately happy but cordial message like this:

“Welcome to Ordinarystrange! Without your consent or knowledge you’ve been subscribed to a mediocre blog of semi-interesting thoughts and observations. It might have been a friend, family member or ex who did this for you as a gift OR punishment. Before you panic you should know that I don’t know where you live or what you’re drinking… right now. Because of this subscription you are now entered into a raffle to win a care package. You can unsubscribe at any time but know that every teardrop of mine is a waterfall.”

*you need to let ME know if you’ve done this though.