In this editorial I’m stealing an idea by a favourite columnist of mine who would occasionally express his thoughts and opinions about various issues and events that no one specifically was asking. With wit and candor he would expound in tiny fierce fragments the curds of thoughts that ruminated in his mind to the multitude of readers who really didn’t care. I may have been in the minority who enjoyed such randomness, but here’s to you Mr. Tougas, even though you never asked.

No one asked me… but I am going to miss Oprah.

I’ll admit that it wasn’t until this year that I actually started caring for Ms. Winfrey. When I was younger I found her cheesy and overdramatic. I’ll admit that I still find her a bit “preachy”.( Did you watch her final show?) Yet despite her flaws she stands as a testament of what can happen when you assemble an audience, a couple of chairs, and a listening ear.  What she lacked in journalistic convention she made up for in vulnerability and honesty. In her early shows the popularity she gained stood in stark contrast from the journalistic Phil Donahue show. She gave way to voices that were not being heard at the time. Whether it was the confession of someone admitting their homosexuality to the admissions of women struggling with eating disorders; Oprah listened and cared. She wasn’t clinically listening to people’s stories but rather attempting to understand, and as the viewers we were taken along on the journey. Like us, she demonstrated genuine curiosity and compassion to people of all struggles, walks and flavours. (But if you’re James Frey that’s another story!) Her approach to sensitive issues like racism and child abuse galvanized her as a TV figure who wielded shocking moments with raw tenderness. For some reason American Evangelical Christians felt threatened by her popularity. I remember listening to a song “What If His People Prayed” by the popular religious music group Casting Crowns-

and wondering why all the fuss. Maybe her popularity made Christians nervous because she was into “self-help” and “new age spirituality” yet still confessed belief in Christ. I don’t know.

What I do know is that she shared her stage with many religious and political figures who did not share her point of view. And that is precisely what I will miss most. She taught North America what a conversation looks and sounds like with people we may not agree with. I recently posted on Facebook my feelings about Oprah and had a well-meaning individual express an opinion that seemed a bit judgemental. Instead of engaging in dialogue I got a link to a youtube video. Please! Let’s talk about this! I want to hear your thoughts! I digress. Love or hate Oprah, you can’t deny the influence she balanced for 25 years with dignity, exuberance and respect.

No one asked me…but I’m pretty sure Common and Lauryn Hill are dating. 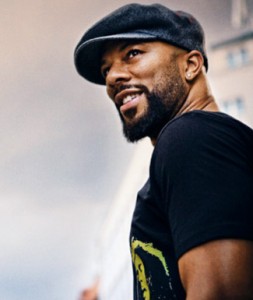 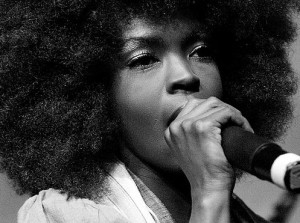 Unless Common had plans on performing “Retrospect For Life” with Lauryn, I’m not sure what he was doing in Edmonton.  I was on the second level at the Edmonton Event Centre when I got a text from a reliable source that Common was by the bar. I didn’t believe it. The next day I got confirmation that he was indeed in our city.

Surprisingly I didn’t get a response. So what can one speculate? Was he here to check out South Edmonton Common?  Did he know about her concert and decide to swing by to check her out? Unless he’s a sucker for really bad sound I’m pretty sure he wasn’t here for the concert. Because let’s be honest; Lauryn is still talented but the sound and circumstances of that night left a lot of things to be desired. So what was Common doing here? My theory is that they are romantically involved. He’s single and she’s no longer with Rohan Marley. So there you go. My foray into TMZ territory.

No one asked me…but here are 3 things you need to get your hands on. 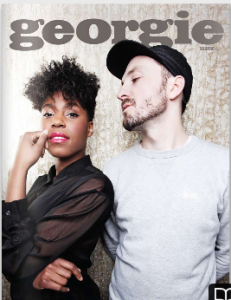 For their 6th issue, the all-start cast of Georgie has put together another visual poutine of tasty and greasy ingredients that leave you wondering how they’re able to pull off something so fresh without a subscription price? This is actually free, delicious AND good for me? In this edition you can read about the highly acclaimed band Mother Mother, the ubiquitous hip hop visual artist Justin Bua and the friendly but mystical photographer turned musician Jesh De Rox. You can pick up a copy at participating retailers or read it online here. 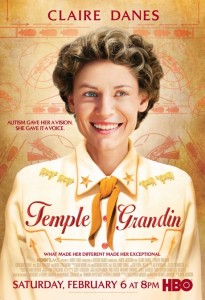 I can’t stress how entertaining and educational this film is. In light of all the attention autism has received in the past few years I can’t imagine someone more important then Temple Grandin. She has given the rest of the world a peep hole into the chaotic, brilliant and misunderstood world of autism. You can read my thoughts of the movie here. But more important, I recommend you watch it yourself. 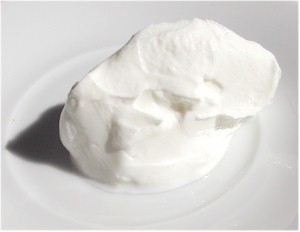 I’m not kidding. Get your hands on this divine substance ASAP! Did I mention you can make tzatziki with this stuff? Not only is it great for eating but  I’m pretty sure that it also relieves mosquito bites, heals broken hearts and restores dry damaged hair caused by flat ironing. Boom. Life change just happened. You’re welcome.