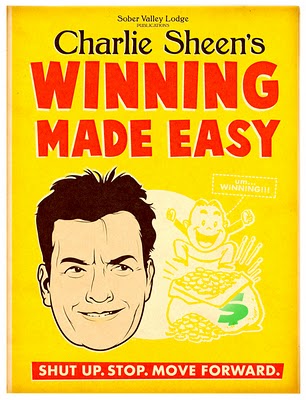 I don’t know about you, but I like to remember the times that I’ve won. There is something about re-living the glory days. Call me a loser but I like the feel of #winning.

1. #Winning First Place ribbon for the 50 metre hurdles.  I signed up to compete in the hurdles, not because I thought I could win, but because my teacher suggested I should. In the first heat of the race the top 2 winners advanced to the finals. I stood behind the line and heard the sound of the teacher yell “go!” and I ran. I finished second. The first place winner was this blond haired kid with a mullet. He was nice but gloated over his win. No worries blondie, this was just the qualifying heat. Following the final 2 heats we arrive at the final. The top 6 hurdlers (the top 2 of each heat) stood ready to win it for their school. The teacher yelled “go!” and we were off. I ran as fast as I could. But that’s not why I won. In the last 5 metres of  the race I was parallel to another competitor. For some reason I instinctively stuck my  head out and was declared the #winner  as I crossed the finish line.  I had #won the race and was headed to the Toronto City Finals. I was 10 years old. To top it all, it was the blond kid with the mullet that I beat. But who’s bragging?

2. #Winning a Silver medal at the Harriers Edmonton Track Competition for our 4 x 200 Relay team.  What made this victory memorable was that we were Team B. Our team consisted of runners who were enthusiastic about running but lacked the physical capability to actually #win races. Team A was the team with the gifted speedsters. They got more attention from the coach and were groomed to #win. We would often race Team A so they could feel good about how fast they were. So you can imagine how epic our #win was when we were declared the second place overall winners. Not only did we have the second best time out of all the school teams in Edmonton, but we killed Team A. They didn’t even win a medal. But who’s counting?

Here’s a fun fact: Whenever I lose I never feel great about it.

Pride, self-assuredness, confidence and positivity drain from my bones when I realize that I’ve failed to #win.

As I age, #winning is more then crossing the finish line with my head out.

To #win at my age can mean:

owning a home, driving a cool yet energy-efficient car, eating healthy but also lavishly AND locally, having a stable job yet enjoying a spontaneous life, raising a child or two but not compromising on my dreams, wearing cool clothes but not so cool that you look like you tried hard, hosting interesting parties, not balding, knowing who Bon Iver is and how to pronounce it, living a disciplined life, being in touch with my feelings, keeping a happy wife and  happy kids, having a well cut lawn, investing in RRSP’s, RESP’s, GIC’s and TFSA’s, maintaining a fabulous moderately successful blog that doubles in subscriptions every month, earning the respect and admiration of peers and strangers, have read the works of Tolstoy and Dostoevsky AND have an opinion, renewing a subscription to The Atlantic, running a marathon but feigning humility by never mentioning it directly but instead setting up your wife to mention it,  etc, etc, etc.

At least Charlie Sheen has a clear grasp on how he’s doing.

For the rest of us, we’ve got to keep the #winning memories alive because who knows when we’ll ever get a First Place ribbon ever again.