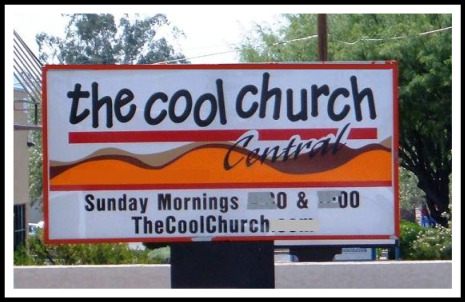 The recent controversial Health Care Reform frenzy that occured in the US has brought out the good, bad and ugly of US politics.  All the Republicans opposed the bill while most Democrats supported it.  In my Fisher-price understanding it would seem that the Christian-Conservative Elephants were defeated by the Atheist-Liberal Donkeys. Which leads me to ask, “Are American Christians really against the poor having insurance?”  Of course this is a very simplistic and over-generalized question. Yet it unearths something far more nerving…

I do not identify myself with the term “Christian” because I can’t stand what that brand has come to represent.

When I was in Junior High I always wanted a pair of IKEDA overall jeans. How could you not? They would be worn with the panache that declared “I’m too cool to wear both straps”. Oh to wear a pair would have  meant so much at the time! Now, I would only wear them to a 90’s themed party.  Over time the jeans that once represented the pique of Junior High fashion deteriorated to a cheap costume.  In the same way, I once looked up to the “Christian” brand because of its appealing coolness. How could it not be cool for a youngster like me? DC Talk, Carman and Kirk Franklin were poster-boys of how “cool” Christians could be.  As I grew up the “coolness” of the brand began to fade when I noticed that behind these musicians lay a sinister system of marketing and profits. The WWJD craze flourished, Prayer of Jabez sold a tonne of copies and George W Bush was elected.  The “Christian” brand had triumphed!  Perhaps that is why I disassociate myself from the brand.  For too long the purpose behind the brand has been to gain power.  “Christians” want to have a “Christian” president/prime minister. “Christians” want to have policies and bills that favour their moral agenda at the exclusion of other religions.  “Christians” want to return to the fabled “Christian Nation” aka “the good ol’ days”. “Christians” rejoice when they see one of their own in power-whether its politics, science, entertainment, sports or finances. “Christians” whine and complain when the brand is ridiculed while other religious brands are revered and respected.  The pursuit for power and influence has turned the “Christian” brand into something I cannot stomach.

For that reason I’m no longer a “card-carrying Christian”. I’m returning my membership.  I’m burning the “Christian” CD’s. I’m boycotting the concerts. I’m protesting the rallies and conferences.

Instead, I think I’m just going to follow in the way of grace, love and affordable health insurance for the unrich.