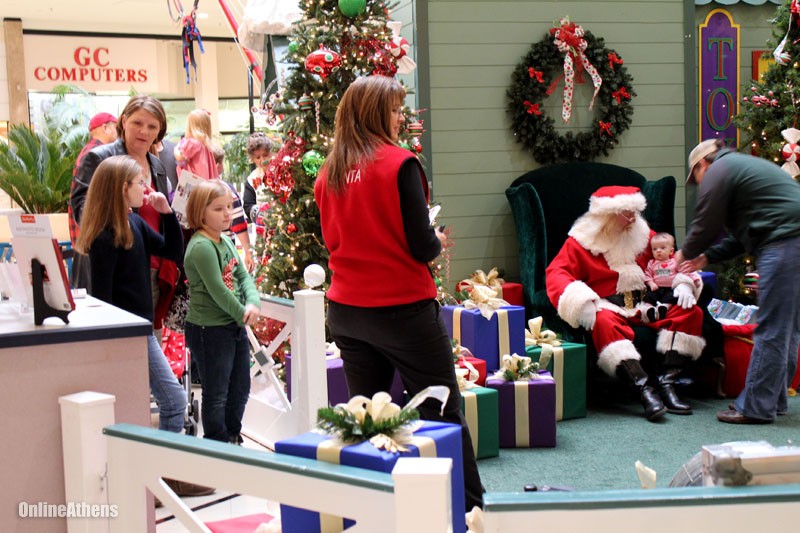 This past week, my 3-year old niece Mia went to visit Santa. What makes this remarkable is the lead up to this encounter and how it all went down.

Here’s how my sister described it:

“She was so excited and talking in the line of how happy she was to see Santa. (And even went right to him and gave him a hug)….but as soon as she sat on his lap, she covered her face and started crying!”

This is sad but incredibly adorable. Mia is unable to keep her nerves, excitement, and fear contained within her little frame that her only option as she sits on this stranger’s lap is to cover her face and cry!

My main preoccupation doesn’t centre around Mia’s emotional vulnerability though, but rather the seeming impermeability of Santa. So, here are my questions:

What is it really like to be a mall “Santa”?
How does he deal with the wide spectrum of emotions and reactions?
Do his feelings get hurt?

Because here’s the thing: When that man slips into those red velvet pants and buckles the black vinyl belt, he ceases to exist as himself. Instead, he takes on the role and identity of the jolly mythological Santa. The questions I highlighted above are actually irrelevant. No one asks Santa how he’s doing. Mainly because he’s the first to ask, “What would you like for Christmas?” He lives to give. For that brief moment, he’ll hold your child, tolerate the screams/cries/tantrums/unending recitations of wish lists while smiling for the camera!

This is where things get personal:

I know all too well what it’s like to be a mall “Santa”. I may not sport a white fluffy beard, but if you look deeper you’ll notice my ability to repress emotions for the sake of others. If you search a little bit longer, you’ll uncover the sometimes (unhealthy) satisfaction I get from helping others. My track record over the years reveals that I’ve let others dictate the state of my happiness. I used to think this was a virtue of following Jesus. He was sacrificial and selfless, therefore I will be both. Except, in the process, I lost a sense of who I was. Something I don’t believe Jesus ever lost. ( side note: co-dependency is actually a form of selfishness that nourishes our desire to be needed, liked and validated.)

But that’s the thing about co-dependancy; you’re so caught up in someone else’s world that you seldom stop to ask, “How can I help myself?” What’s worse is that we might not even be aware of our co-dependant tendencies. Here’s how Wikipedia defines it in very broad terms:

the dependence on the needs of, or control of, another.[1] It also often involves placing a lower priority on one’s own needs, while being excessively preoccupied with the needs of others.[2] Codependency can occur in any type of relationship, including family, work, friendship, and also romantic, peer or community relationships.[2] Codependency may also be characterized by denial, low self-esteem, excessive compliance, or control patterns.

A few years ago I signed up to be a volunteer for an addictions recovery program. Part of the training involved understanding our own “hurts, habit and hang-ups.” I remember reading a pamphlet titled, “Are You Struggling With Co-dependency?” and then read some of the characteristics:

After such an exhaustive list, it dawned on me that maybe, just maybe, I struggled with co-dependency! Ha!

The truth is, I never knew there was a word that summed up so many of my characteristics! (Of the above, I demonstrated 7 characteristics) Even though much has changed since that discovery; I still have a long way to go. As I reflect again on Mia’s incident, I realize that she had it right. Instead of expanding energy to contain her feelings to satisfy her mom’s desire for a perfect picture, she let them out in plain sight for all to see. Maybe, this Christmas, instead of asking Santa for a new toy, we might begin our walk towards healing by asking ourselves, “What do I really need?“