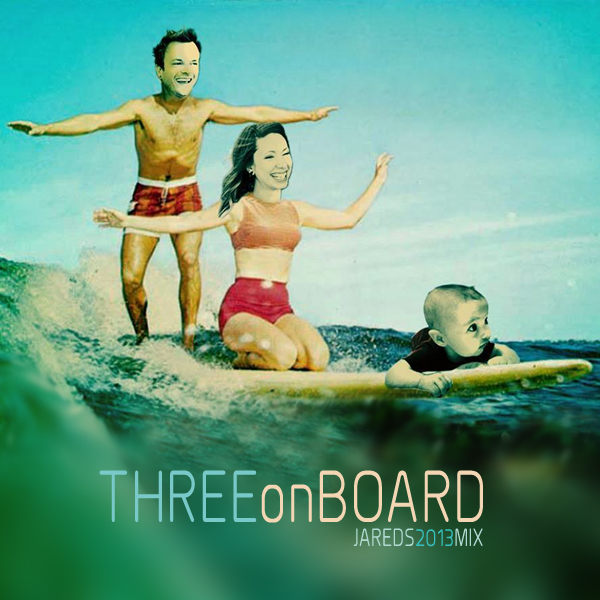 One would do a back-flip, while the other power slides underneath him with his guitar – Even without pyrotechnics and big budgets, Story of the Year puts on one of the best stage shows around. Ten years after the release of their debut album Page Avenue in 2003, they decided to remake their best album, acoustically this time. Until the Day I Die kicks off this years mix.

I’m a big fan of Travis Barker, and the harder hitting sound that Transplants takes is a nice change from his poppier blink 182. From Rancid, Boxcar Racer, Transplants, and his solo work, Tim Armstrong’s voice is just enough chill and just enough raspy to put Come Around into this years fav’s. Love this song!

With 8 members in their band, Cloud Cult is a group with their own sound that you don’t hear often. It’s whimsical, fun and folky. Complicated Creation is number three on my mix this year.

Biffy Clyro is a Scottish band that claimed their first number one album in the UK Album Chart with their 2013 sixth studio album, Opposites. These guys are one of the main reasons I tuned into the streaming iTunes concert sessions earlier this year to watch them play live – and they were gold. Accident Without Emergency nails it for me.

From Mellencamp to ACDC, my wife Melanie has grown up seeing many of The Greats with her family. This year I joined the family tradition, and took in my first ever “classic rock” concert with them – Fleetwood Mac. It was amazing to see these guys, who first formed almost 50 years ago, and were now back for a reunion tour. Sad Angel is a song from this year’s reunion EP.

Coheed and Cambria – always delivering a crispy enjoyable sound. I’ve put them on other mixes, and again they make this year’s with Dark Side of Me.

Another Scottish band, Frightened Rabbit, also frequents my current playlists. I bought a ticket to see them this year but ended not being able to make it, and had to give it to a friend (who fortunately ended up loving them too!). The Woodpile is a song that captures exactly what dig about these guys.

Most known for his fulltime band, Rise Against, Tim McIlrath can scream. But he can also carry a good acoustic tune, as he does in For Fiona.

One of my favorite punk bands growing up was Alkaline Trio. The lead singer has recently come out with some stellar work with his side project Dan Andriano in the Emergency Room. He nails the whole chill sound with Waiting by Myself.*song not on Grooveshark Playlist

I love chill, swingin’ easy listening music – its good for the soul and most people can groove to it. BUT, sometimes I just gotta mix it up with music with an edge. That’s why Transplants gets a second track on this disc, with Back To You.

K-Os is back, killing it with NYCE 2 Know Ya.

Oh man. A couple years back I discovered Rihanna when I started listening to the radio. Since then, my wife refers to her as my celebrity girlfriend. What can I say, I like her sound. And then she goes and teams up with Eminem, with The Monster. I have to say I’m not a fan of all their music, but this song is a killer combination of what I like about each of them.

A new discovery for me this year – Paper Route. I was a little hesitant with this selection, as they haven’t grown on me for years like a lot of my other choices on this mix. But – they made it, with Love letters.

I grew up croonin’ to Face to Face, but I have to admit bands don’t always hold the same vibe that they used to 20 years later. Not that every track on this new disc of theirs is sticking with me, but I’m diggin’ Flat Black.

This band was a surprise to me.  A friend sent me a link to take a listen, followed with an invite to see them when they came to town. I liked their sound, and then realized that it was because it was familiar. Twin Forks is the new Dashboard Confessional, a band I used to pop in frequently on road trips. Chris Carrabba made it big with his old band, but missed the intimacy of playing smaller venues. I think he got that back when we saw him at Avenue Theatre filled with less than 80 peeps. I’m liking their song Can’t be Broken.*song not on Grooveshark Playlist

I came across Volcano Choir pretty randomly. Their band name, and the cover of their CD caught my attention, and I had to take a listen. And with a gentle BOOM, their sound stuck in my ears with Byegone. I could hear myself being serenaded by it while carrying my board down to the waves, so it made the cut.

This year’s mix both starts and ends with Story of the Year. This was THE album that was most anticipated for me, and could be popped on repeat time and time again. Love it. So as 2013 ends, Anthem of Our Dying Day concludes my playlist. Cheers~