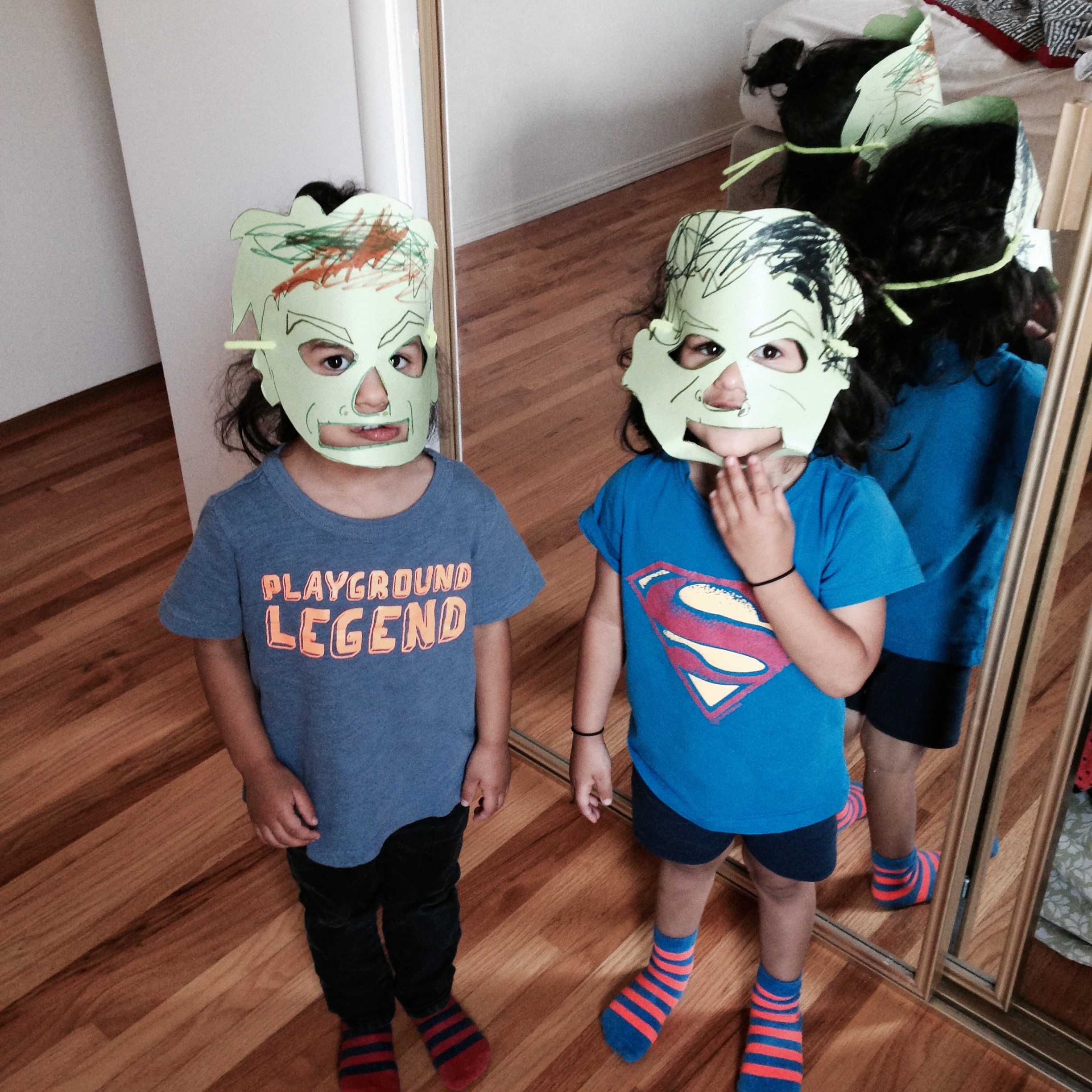 I’m three years into this parenthood gig and I don’t feel any better prepared about what lies ahead. Everyone jokes that children come without instructions. What they don’t tell you is that children, (particularly toddlers), come fully ready with an arsenal of weapons to weaken the resolve (and sanity) of intelligent and strong adults. With screams that reach 140 decibels and physical tantrums that occur in the most public of places, the face of a parent looks exactly like that emoji with the streams of tears flowing from the side of the face. But it’s not always like that. Sometimes we cry tears of wonder.

If I were to evaluate myself so far I’d say that an “area of growth” would be my ability to play with my three –year-olds. I do the job but only at a sort-of-good-but-not-really level. It’s difficult for me to play with them for longer than five minutes. I began to notice this over the summer when their attention towards me became more apparent. Before, the extent of their “playing” was beetling all over the yard and putting things in their mouths. But this summer was different. They asked me to play with them. They literally used their vocal chords and tongues to enunciate the words, “Dad, can you play with us?”

Now, before you go “aww”, know that when the boys want to play, they are essentially asking for me to play by their rules. The rule is: be focused on us 100% for 100% of the time. Why are they so self-centred? Ugh. They demand to be chased, tickled, tossed, and wrestled. But why is it always about them?! That’s when my own self-centredness emerges and rears its ugly head. You see, I’m not use to giving anyone that kind of attention and energy. No one else in my life demands this kind of focus. I’m not used to it. I’m more used to short increments of attention. Not only that but as witty and clever as my boys are, they don’t know how to engage with MY world. They don’t have the same interests as ME. They don’t get ME. WHY CAN’T YOU GROW UP ALREADY SO WE CAN DO WHAT I LIKE TO DO!

That’s my other problem; I’m terribly impatient. I’m used to accessing millions of bytes of information within seconds. I’m no longer programmed to infinitely wait for a child to put on his shoes on the correct foot. I DON’T CARE WHAT SHOES YOU PUT ON! GO OUTSIDE AND LET ME SCROLL ON TWITTER!

Of course I don’t say that to them, I just tweet it.

At the core of my challenge lies what I believe a lot of us struggle with. We approach relationships with a desire to extract something for ourselves. Most adults are willing to negotiate the terms with a “give-and-take” policy that ensures a sense of fairness to the equation. But children don’t operate by the same rules. Instead, they exhaust every last ounce of fume left in our “give” tank until we’re writing in ALL CAP LOCKS BECAUSE WE’VE LOST OUR F &$#%&* MINDS!

I don’t have a solution to my challenges. Instead, I’m encouraged in knowing that I do indeed get something out of playing with my children. You see, my boys teach me to put down my phone and notice the shine in their eyes when I say, “Yes, I’ll play with you!” They teach me that even though I lash out at them in anger and impatience, at the end of the night when I tuck them in and give them a kiss, Zuki will say, “You’re my best friend ever.”  Zavi will grab my cheeks and say, “I love you Dad!”

Sometimes, it feels really nice to know that the selfish, short-tempered ogre can still be loved at the end of the day.

4 thoughts on “Why Is It So Difficult To Play with My Kids?”