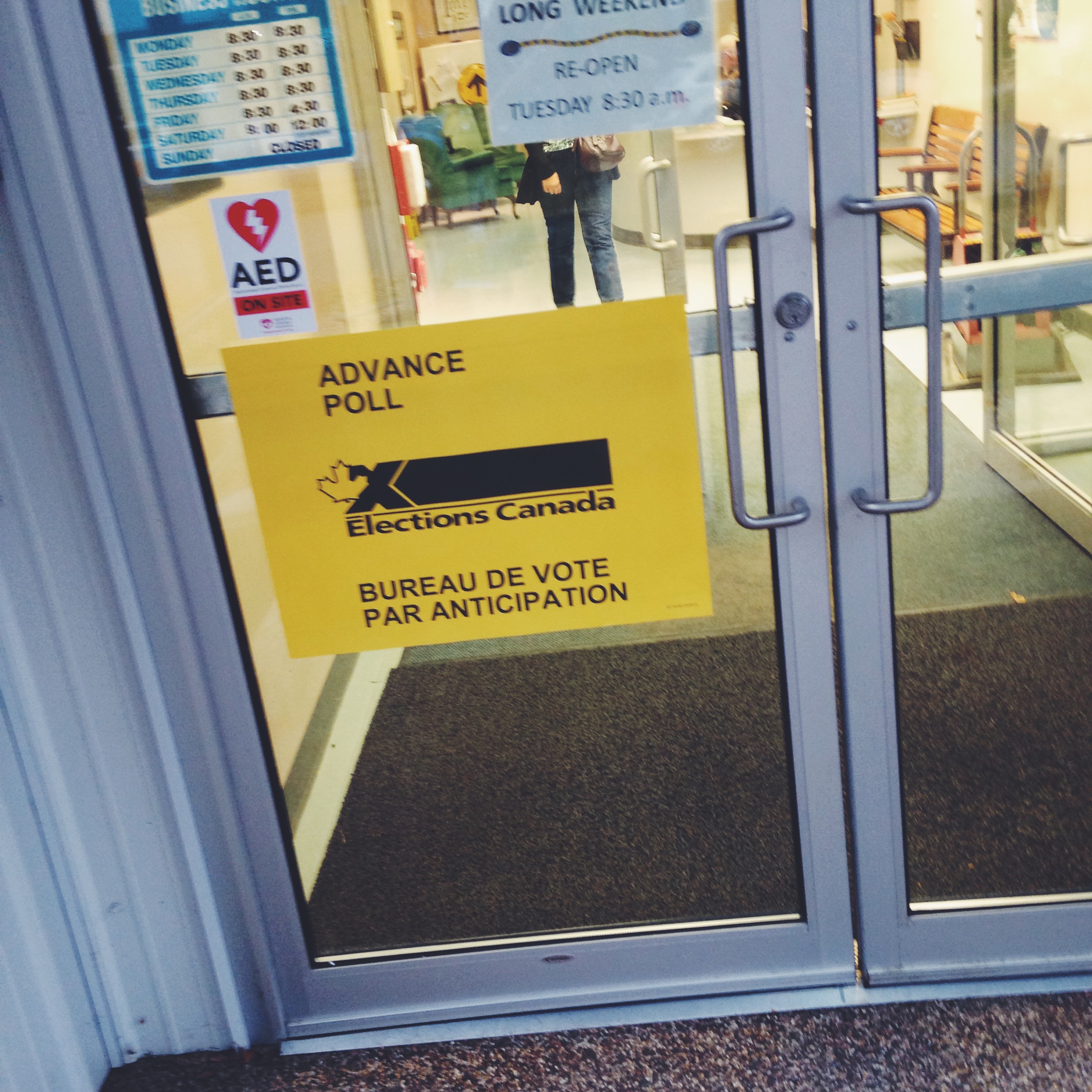 On the evening I stood in line to vote, a man wearing an army camouflage hat and face mask entered the Advance Polling station in my neighbourhood and declared to the attendants that he was there to make a point. The only thing you could make out was that he was a Caucasian-skinned male with a large belly.

At the moment I looked back and could not make out who was under that mask, I felt fear. It was momentary but memorable. I likened it to that feeling you might get if you were at a bank and a masked-robber suddenly bursts in. The anonymity fuels your panic. Right away I had a flash of insight: is this what some non-Muslims feel when a woman wearing a niqab enters a room?

As he stood in line, there were a few people who queried about his attire. His responses were short and to the point: “I’m here to stir the pot.” “I read an article from a lady who was born in Syria who said that niqabs are not part of their religion.” “These women choose to wear it so I’ve decided to wear this.” “I’m a veteran. If people want to come to my country, they better accept our culture, our laws, our values.” With each response he gave, I felt the room get smaller and smaller. As the only brown-skinned person in the room I immediately felt self-conscious. Which is funny because I was wearing a plaid shirt, khakis and a baseball cap.

I attempted to put myself in the position of an “old stock Canadian” and give room to the fear I was feeling. It was paralyzing. There was nothing I could do to unmask the man. Why did the attendant let him in? Why are there no security guards here? Why is no one else alarmed like I am?! People, wake up! POLLING STATIONS ACROSS CANADA ARE ALLOWING MEN IN CAMOUFLAGE MASKS TO VOTE! Fear has a way of making you feel isolated and insignificant. Is this what some Canadians feel about the seeming influx of Middle Eastern immigrants into their communities?

My instinct was to say something to this gentleman, not out of curiosity, but out of anger. I then realized that engaging him like this would be exactly what he might have wanted. Instead, I remained silent. In fact, I pretended he wasn’t even there. My strategy was to ignore him and act as if nothing in the room had changed because of his presence. But everything in the room had changed. As the only “Middle Eastern-looking” person in the room it seemed like I became the focus of attention. I could imagine people’s thought bubbles: What will he say? Is he offended? Will there be a confrontation? What if things get violent? I then wondered, is this what some Muslims who wear traditional garb feel when they’re out in public?

I am not clear on how we can move beyond our fears in order to have an open and safe dialogue on issues of racism, multiculturalism and national security. But I know the following:

I am not Caucasian, but I had a glimpse of the fear they feel.

I am not from the Middle East, but I had a taste of what it might be like to be seen with suspicion.

I am not Muslim, but I had a brief moment of feeling misunderstood.

I am not a Veteran, but I can sympathize with feeling responsible for this country.