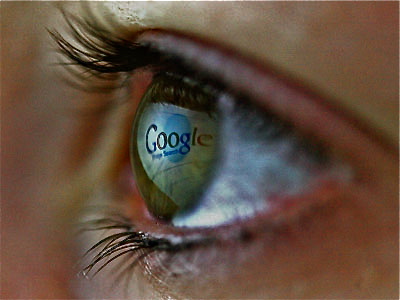 I was recently at a concert and the performer (featured on the Song for September) began talking about this African concept called “Ubuntu”. He quickly mentioned that it’s basic meaning is, “I am what I am because of who we all are.” It was evident that in the short amount of time he had there was no way he could unpack the meaning of something so rich and profound, so he ended by suggesting: “You can google ‘Ubuntu’ “.

There was an incongruence to his suggestion that I found interesting. On the one hand, I can google ‘Ubuntu’ and learn its meaning. Through text and rationalism I can add the word into my compendium of knowledge. I might even tattoo “Ubuntu” on my arm and when asked what it means I would say, “It’s a Zulu word that means that I am because of who we all are.” Without saying a word, their faces would say: This guy is mysteriously deep.

Yet, on the other hand, “Ubuntu” is not something that can be Googled. There is more involved to understanding this African philosophy. Sitting in my home in isolation, typing the letters “u-b-u-n-t-u” and reading the corresponding sites that appear does not make me someone who has grasped the depth of its meaning. I imagine that to scratch the surface of its meaning would require me to engage/involve/learn/open/immerse myself into the life of Africans who can model/teach its true meaning.

Nelson Mandela attempted to define “Ubuntu” by saying, “A traveller through a country would stop at a village and he didn’t have to ask for food or for water. Once he stops, the people give him food, entertain him. That is one aspect of Ubuntu, but it will have various aspects.”

In the West, we equate “reading something” with “understanding it”. We have been misled into believing:

“I google, therefore I know.”

We value the convenience, speed and safety in which we can gather information about concepts and ideas without ever leaving our homes. But are we really learning? Are we actually understanding?

As Google, Wikipedia and other online resources gain more momentum in our world, we must remain critical and skeptical of how we gather information and what reliance we place on them. There is something scary about the paradoxical intimacy and isolation that the internet has created. We are a lot closer to subject matter yet at the same time remain distant from it.

There is also the additional false expectation that search engines can deliver anything we want in life. Type in any word or phrase and you will feast on the harvest immediately.

For example, you might type “strong marriage” into the blank field in hopes of learning what it takes to have a strong marriage. Articles, books, organizations and conferences might come up as results to your search. You might read the articles, buy the books and attend the conferences. Yet, strong marriages are not the result of information gathering. It requires more than that. Google serves a valuable purpose by feeding us necessary data. Yet, what we don’t question is that maybe the convenience of attaining that information sets us up with unrealistic expectations of what it actually takes to build a healthy relationship with our spouse. The task of putting into practice what we learn is not convenient or instant.

In other words, a strong marriage is a result of what happens on the inside. This is a process that unlike a Google search, takes a lot of time, patience and hard work.

In a world of digital dazzle and instant datafication (word I made up that means ‘getting the data you need’) we are constantly sold the lie that life is enhanced by the technology we own. A photogram is now an Instagram. Catching up with people over a conversation is now Facebook. Witnessing the spontaneity of life is now Youtube.

My hope is that in the face of all this, we would have the wisdom, courage and strength to know when…

to shut our computers off

power down our iPhone/Blackberry/Android phone

so that we could step into the remarkable world of …

hugs so tight that you smell like the other person’s scent for hours.

laughter so loud that you’re literally rolling on the floor.

Maybe then we might be ready to understand what “Ubuntu” really means.