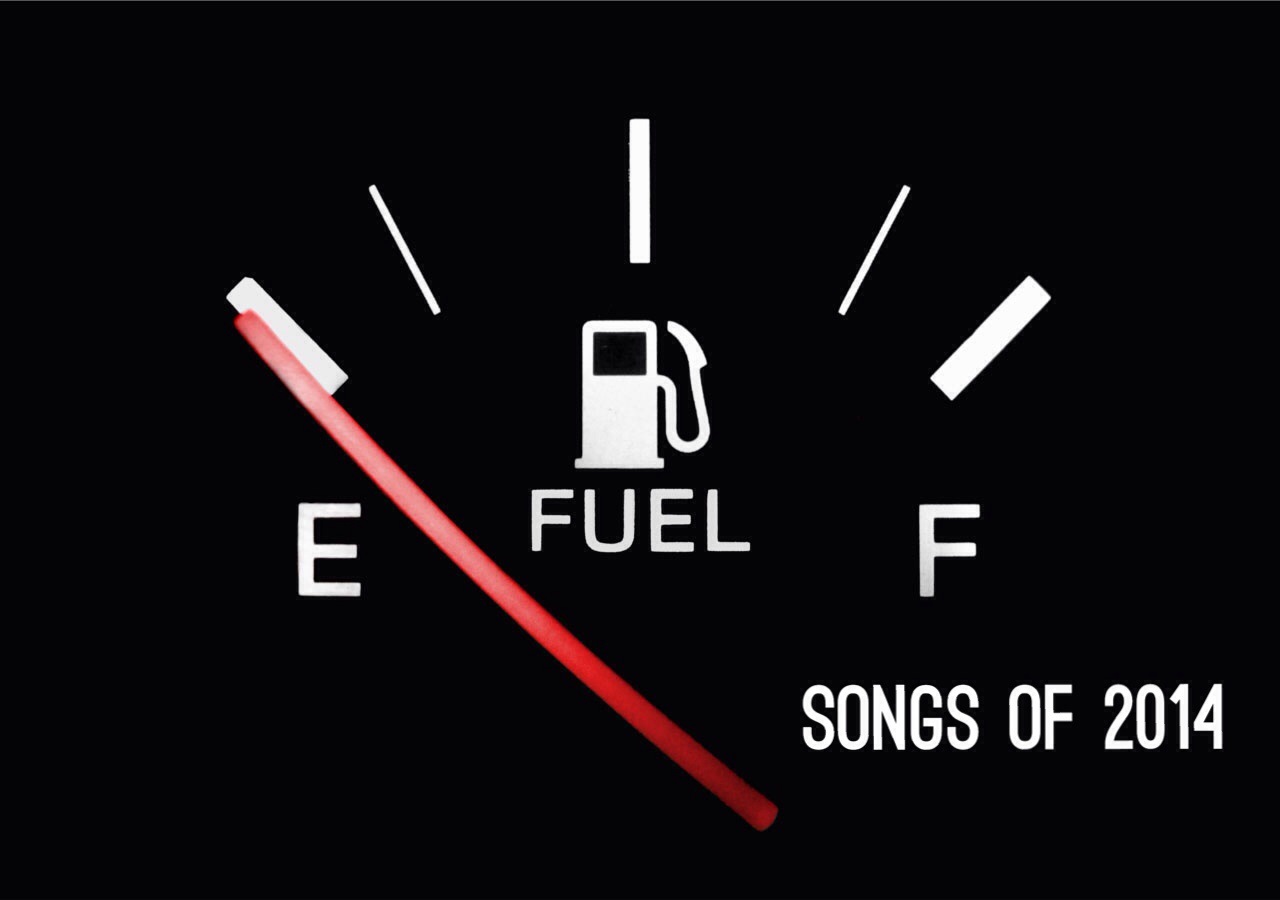 “On some nights I still believe that a car with the gas needle on empty can run about fifty more miles if you have the right music very loud on the radio.” -Hunter S. Thompson

Here are the songs that me and some of my friends played very loud to get through those extra miles in 2014.

1. Say You Love Me- Jessie Ware

5. Can’t Do Without You- Caribou

6. Will You- Daniel Wilson

2. Alive- Empire of the Sun

4. Land of Gathering- The Ceremonies*

8. The Great Divide- The Mowgli’s*

1. Tei Shi- Bassically (4:52)
Heavy synths, solid high hat snaps, deep, glossy bass, and soaring vocals drive this epic pop track from newcomer Tei Shi- a guilty pleasure from the second my ears heard it’s first sound waves.
2. Caribou- Second Chance (w. Jessy Lanza) (3:53)
This is the standout song from Caribou’s stellar 2014 release, “Our Love”. And that’s saying a lot because Dan Snaith is in fine form throughout. Listen to the first 10 seconds and you should agree. A stunner with scintillating vocals from Jessy Lanza, if there was a better collaboration this year, I haven’t heard it.
3. Royksopp- Skulls (3:46)
Royksopp delivers what is in essence, a very classic Royksopp sounding track from their last album as a duo. Captivating, dark and unwavering, “Skulls” is a bittersweet way with which to officially mark the inevitable end.
4. Little Dragon- Pretty Girls (4:27)
Swedish outfit Little Dragon did their best to release this years best R&B influenced electronic music. It could be argued that they wildly succeeded and that Pretty Girls is the pinnacle in their nod to the often sensual and sex-drenched genre.
5. FKA Twigs- Two Weeks (4:07)
And speaking of sex drenched music, look no further than FKA Twigs. The heavily lauded alternative R&B singer was polarizing in that she was either included in best of lists for 2014 or panned for being included in those same lists. Such is the life for artist compared to both Janet Jackson and Tricky, I suppose.
6. Jamie Xx- Sleep Sound (6:23)
My love affair with Jamie xx runs deep. I have always deeply and fiercely admired his approach to composition of electronic music. Sleep Sound was an absolute highlight of 2014 and a piece of uplifting music that is pleasurable in every single note and beat. The official music video is one of the best this year too.
7.  Mark Ronson feat. Mystikal- Feel Right (3:43)
I don’t care- anyone that can craft a ridiculously funky, near perfect homage to James Brown AND incorporate the word pomengranate? Shiiiiiiit!
8. Young Fathers- Get Up (3:51)
A genre bending hip hop track from 2014 Mercury Prize winning Scottish trio, Young Fathers. Exciting, reactive, passionate, intuitive, bombarding the senses and all the while- strange, intoxicating and a welcome diversion from the usual hip hop of the day.
9. Jungle- Busy Earnin’ (3:04)
Modern soul/funk and UK based band Jungle created waves this year with their self titled release. For good reason too, as this track showcases just how easy it is for their 70’s inspired grooves and falsetto vocals to get stuck in your head.
10. War on Drugs- Red Eyes (4:58)
War on Drugs, apparently unaware of the melting heat on a warm summers night, delivered an epic 90 minute set in the second of two sold out shows this past year. There’s a reason that I along with hundreds of parched and sweat drenched bodies stood the entire set on our sore feet inside the hotbox sauna that was Rickshaw Theatre. Music like this has an uncanny ability to reach out across the masses and drags you in both willingly, and completely.

Well, picking a Top 10 of 2014 turned out to be WAY harder than I expected. I deserve a lot of the blame. I really prefer off-the-beaten-path music and struggled to find much in the year end lists of 2014. Maybe I’m not looking at the right lists. I like my music a little chewy.

Middle of the road snoozefest goes to: The Hold Steady and the Drive-By Truckers. About five years ago, my friends and I were insane for both these bands. So much so we flew to NYC to watch a special New Years Eve performance by Drive-By Truckers (which ruled). Somehow, we’ve gone from flying to NYC to see them to not even being aware they put out albums this year. And for good reason, there is nothing to write home about on either album.

There has been some palatable indie rock, but, frankly, I find it a little too “nice” for my liking. I’m more of a Stones over the Beatles kind of guy.  But I’m sure they are great records for the folks that are into that. That said, I find the new records by TV on the Radio, Perfume Genius, and Alt-J basically indistinguishable from each other. But that might be my fault not theirs.

There is also a burgeoning genre of ‘female vocalist over glitchy electronics’ a la St. Vincent and FKA twigs. Again, not a genre I’m particularly into. I find with this sort of thing, once you ingest their album you stop listening to it. Not a lot of replay value. ***Hypocrisy warning***: I think the new Aphex Twin record is great.

Honourable mention: Run the Jewels. I really liked the records El-P and Killer Mike put out a couple years ago. Especially the El-P one. They have teamed up on this. I’d be lying if I said I’ve listened to it a lot and I just haven’t been in the mood for hardcore rap lately tho.

10. Napalmpom – these guys are buddies from Calgary and are pretty much top of the heap these days down there. Shawn Petsche in the band is a really bright guy and is a bigwig with the Sled Island festival. The band is just fun and throws a great party.

9. War on Drugs – Lost in the Dream – again shoegazery stuff isn’t normally something I usually listen to. Normally I roll my eyes when a band half-asses it with lots of precious sounding delay pedals. But I have to admit this band goes the whole way. Listened to this one a few times over the weekend.

3. Aphex Twin – Syro – Aphex Twin was a pretty big deal in the development during and immediately after high school. This album is just all fun and no filler.