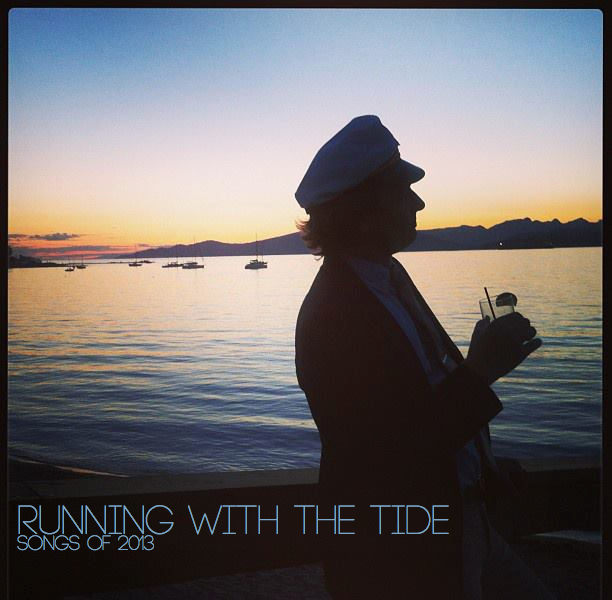 In the past couple of years I’ve become a big fan of Patrick O’Brian novels. Even if you haven’t heard of Patrick O’Brian you probably remember seeing the movie based on his best know work, the 2003 flick “Master and Commander: The Far Side of the World.” Patrick O’Brian’s stories about Captain Jack Aubrey and his particular friend Stephen Maturin are easily some of the best historic fiction ever written, and in reading them you are drawn deep into life on the high seas during the Napoleonic era. While I am most definitely a prairie boy at heart (and therefore a hopeless landlubber) drinking in the rich naval imagery has sparked my imagination and provided me a whole new lexicon to draw upon.

In naval terms, to say that one has “missed his tide” is never a good thing, whether used literally or figuratively. If a captain is to take his ship out of the harbor and into the open sea – move on toward his destination – then he must run with the tide; the tide being one of many factors (along with the wind and the waves) beyond human control. All that a good captain can do is make sure not to miss the tide, riding the ebbing waters rather than futilely fighting the flow. It’s an apt metaphor for many things in life, but while the tide of a harbor is singular, the waters of life flow in many directions. The real trick then, is not just running with the tide but knowing which tide to ride, and when to run with it.

In 2013 the tide brought forth a whole boatload of great new music, most of which I never even had a chance to listen to. But time and tide wait for no man, and as the last of the year ebbs away I must run with the few fine tunes that I did manage to find for this years list of best songs. Sticking with the theme, I see this years tunes all in some way expressing the various streams that exert pressure on my life; from the omnipresent technology reflecting endless streams of abstract information at me, to the deeply personal waters of family and friends who both grace and curse us as we share our lives. Which streams I run with and which I will resist remains to be seen. All I know is that 2014 is shaping up to be a big year, if only I can get this boat of mine out of harbor.  Pray that I don’t miss my tide.

The presence of electronic technology is completely ubiquitous in our current society and in such a state it is always worth drawing our attention to the ways in which this technology serves as a cultural force and changes who we are.  There is of course a kind of knowing irony that our My Morning Jacket frontman brings with his song, and yet perhaps his dependance on state of the art technology makes the song  that much more  necessary.

Of all this years albums there was only one that I absolutely had to have on vinyl; thank God that Santa brought me the new Arcade Fire record for Christmas.  There was a lot to enjoy on this album, but the powerful first track has stuck with me ever since I first heard it.  In a world that has come to prize authenticity above all other values we still seem to live in fear that there is nothing with real integrity – particularly in ourselves; it’s all just another reflection of a reflection.

Gungor – “I Am Mountain”

In the often dull, trite and repetitive world of contemporary worship music Gungor has been a bright light.  Gungor’s new album is certainly a departure from the worship genre, but there is still lot’s to enjoy on this diverse little foray into the world of indie pop.

There isn’t really a whole lot to grab onto here lyrically, and I fear that CHVRCHES commits a sin that so many bands do, thinking vague=profound, when the truth is that generally in lyric writing vague=vacuous/boring/lazy.  Truth is, I don’t really want to like this kind of indie pop phenomenon, but between the hooky synth and the almost too sweet vocals of Lauren Mayberry I just can’t help but bob my head and get carried away by the music.

Simple, slow, and calculated, this tune from Ryan Lott charges one with the feelings that we all sense it might be easier to live without.  In the end, it’s the deep and dirty saxophone that really sold me on this track.

This song first appeared on a great little EP in 2012 and was the one excellent track to make it onto the first full-length from this London based trio. A lot of crap has recently been said about Millenials/Gen-Y (not so unlike the crap that was once said about the Baby Boomers I might add), most of which focuses on the change in todays youth rather than the changes in the world they are grappling to deal with, the changing waters they now swim in.  Fortunately, Daughter captures the real challenge of being young in todays world with a depth of insight that only comes from a little maturity.

It was almost inevitable that The National would make it on this list.  Since I first heard the track “Mistaken for Strangers” back in 2007 I’ve been hooked on the melodic drone of these Ohio born rockers.  Here again on Trouble Will Find Me frontman and lyricist Matt Berninger helps the band to do what they do best by wading through the murk of modern life with a skill that is anything but graceless.

I resisted liking Vampire Weekend as long as I could, but this year’s release truly won me over. Modern Vampires of the City contains both thoughtful, rhythmic melodies and some of the most intelligent, poetic lyrics emerging from the world of pop music. “Ya Hey” beautifully captures the questions humans grapple with when confronted with the question of God.  As much as the song questions God and His existence there is also a subtle inditement of the divisive socio/political currents in North America – “Oh, good God, The faithless they don’t love you, The zealous hearts don’t love you, And that’s not gonna change.”

For better or for worse pop/folk music will always be rife with break-up songs: songs about romance and love lost.  Fortunately amongst all the really lame break-up songs out there (and I’ve written some of them myself) there are always a select few that are actually beautiful poetry and I am glad to say that this effort by Matthew Houck is one of them.

Almost as common as the break-up song is tunes in the “looking for love” genre, generally accompanied by the same kind of shallowness (Not everyone will agree but in my books songs like “Call Me Maybe” and yes, sorry kids, “Get Lucky” both have about as much lyrical depth as the Juicy Fruit jingle).  “Woodpile” is not exactly profound lyrically, but it is a song that manages to be earnest without being trite, and provides encouragement for the introverts looking for love in what can often seem to be a sea of pop-princess extroverts.

You may not have heard of Hannah Epperson, but I trust you will enjoy this track and be able to appreciate the fact that you are hearing not just a pretty voice but a talented violinist and lyricist.  So far Hannah has only released a five track EP, but I look forward to hearing much more from this young talent who enjoys cartography as much as she does music (her degree from UBC is in Human Geography, how cool is that!).

Shout Out Louds – “Walking In Your Footsteps”

It was Bernard of Chartes who first said that “we are like dwarfs on the shoulders of giants,” that is to say, we see further and know more only because we build on what we have inherited from our ancestors.  Another metaphor of this kind might be to say to our forebears that we are “Walking In Your Footsteps… the road is not your own.”  The fantastic flute also went a long way in helping me love this song.

Maybe I just like this song because of the fantastic graphic novel I just read featuring the Maiden of Orleans (I highly recommend the two volume “Boxers & Saints” by Gene Yang), or because I really love Carl Dreyers silent film about Saint Joan. Regardless, with a touch of feminism, a hint of hagiography, the strong scent of being the underdog, this song really works for me and seemed like a good excuse to include another track from Arcade Fire in this years list.

It is obvious that both Vampire Weekend and Arcade Fire are wrestling with their status as Indie Superstars, and there is a shared thread here between “Joan of Arc” and “Step” as the image employed to embody the band/music is in both cases distinctly feminine. Here again is a depth of lyrical ability that nimbly makes use of both pop fads and deeper historic insight to deliver a song that is as much about the personal history of Vampire Weekend as it is about the deeper sense of time’s passing, our resistance to change, and the tendency toward tribalism.

Jordan Klassen – “Go To Me”

Once every few months Jordan Klassen leads worship at my church, which would be a real treat were it not for the fact that small as my church is the level of musical talent floating around is already pretty staggering.  Jordan hasn’t broken out his ukelele on a Sunday morning yet, but I am still very happy to root for his quirky ukelele strumming songs that capture so beautifully the complexity of life in all it’s creativity and intimacy.

Let me just start by saying I have no idea what this song is about.  Justin Vernon can be hard to follow at the best of times and this song kind of takes the cake for obscurity in lyrical content.  Nevertheless, it seemed like a fitting epic conclusion to the list, particularly given the songs refrain – “Set Sail!”