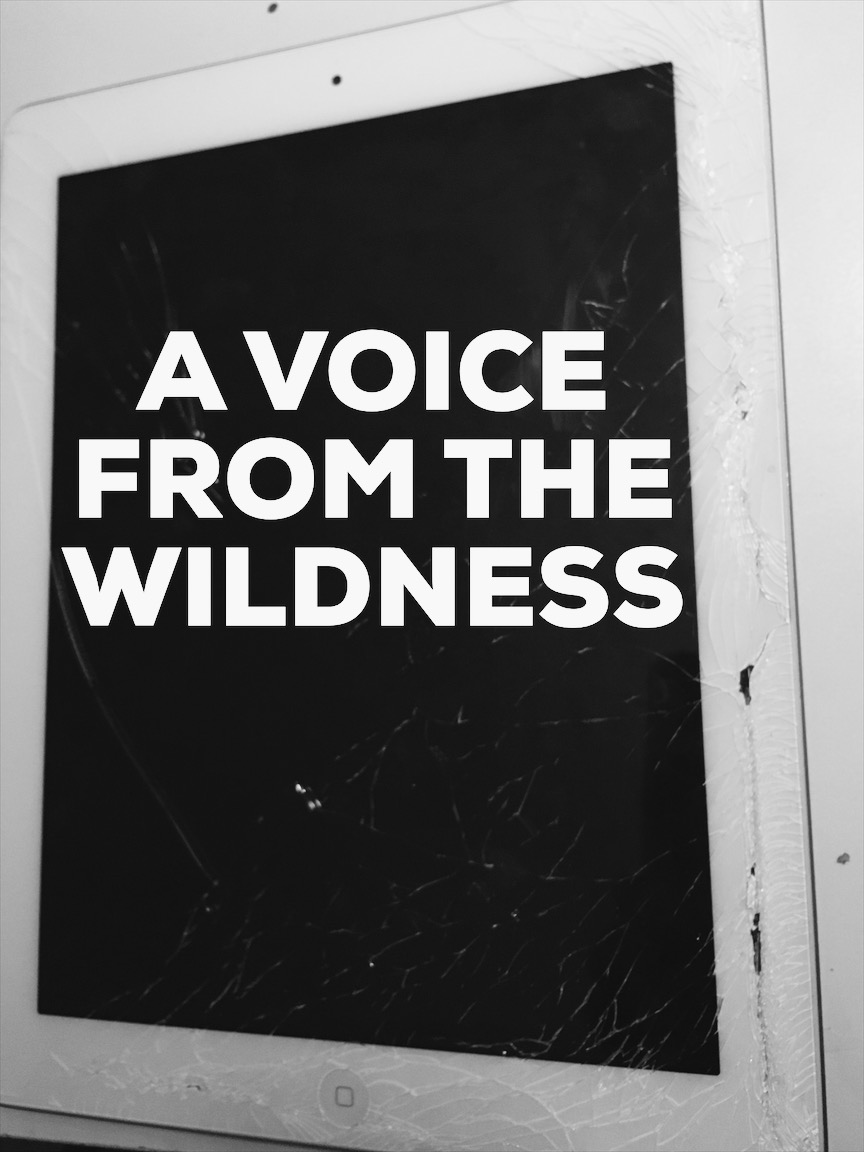 “I don’t have to tell you things are bad. Everybody knows things are bad. It’s a recession. Everybody’s out of work or scared of losing their job. We know the air is unfit to breathe and our food is unfit to eat, and we sit watching our TV’s while some local newscaster tells us that today we had fifteen homicides and sixty-three sexual assaults and the President kissed a nuclear warhead as if that’s the way it’s supposed to be.

We know things are bad – worse than bad. They’re crazy. It’s like everything everywhere is going crazy, so we don’t go out anymore. We sit in the house, and slowly the world we are living in is getting smaller, and all we say is, ‘Please, at least leave us alone in our living rooms. Let me have my blanket and my Netflix and my Vanilla Green Matcha half-sweet latte and I won’t say anything. Just leave us alone.’ Well, I’m not gonna leave you alone.

I’m not going to pretend that everything is okay.

I’m not going to say something cute and convenient.

Right now, there is a whole, an entire generation that never knew anything that didn’t come out of a screen! Television is the Gospel, the internet is the Ultimate Revelation!

So, you listen to me. Social media is not the truth! The internet is not the truth! Television is an amusement park! Hollywood is a circus, a carnival, a traveling troupe of acrobats, storytellers, dancers, singers, jugglers, and lion tamers!

You crave entertainment. You want to forget what’s going on outside your Cathedral Grey-painted walls so you watch how forensic science always gets the killer or how complete strangers lose weight, and no matter how much trouble the hero is in, don’t worry, just look at your watch, at the end of one hour he’s going to win.

The soundtrack to your life isn’t some song from Imagine Dragons or Drake, but rather a multitude of unpredictable sounds and melodies of a wife crying, a son laughing, an annoying neigbour chatting, a car engine dying, an alarm clock blaring.

You would rather watch an Instagram Story than be present in your own story. You’d rather hear compressed music through headphones than listen to the wind blowing. You’d rather check Facebook on your phone than acknowledge the faces standing near you.

So I stand here this evening to tell you to turn off your 52-inch screens, de-activate your small portable prison-cells, smash your devices and repent. I am a voice shouting in this concrete wilderness; prepare the way for the Lord’s coming… because you just might miss him.”