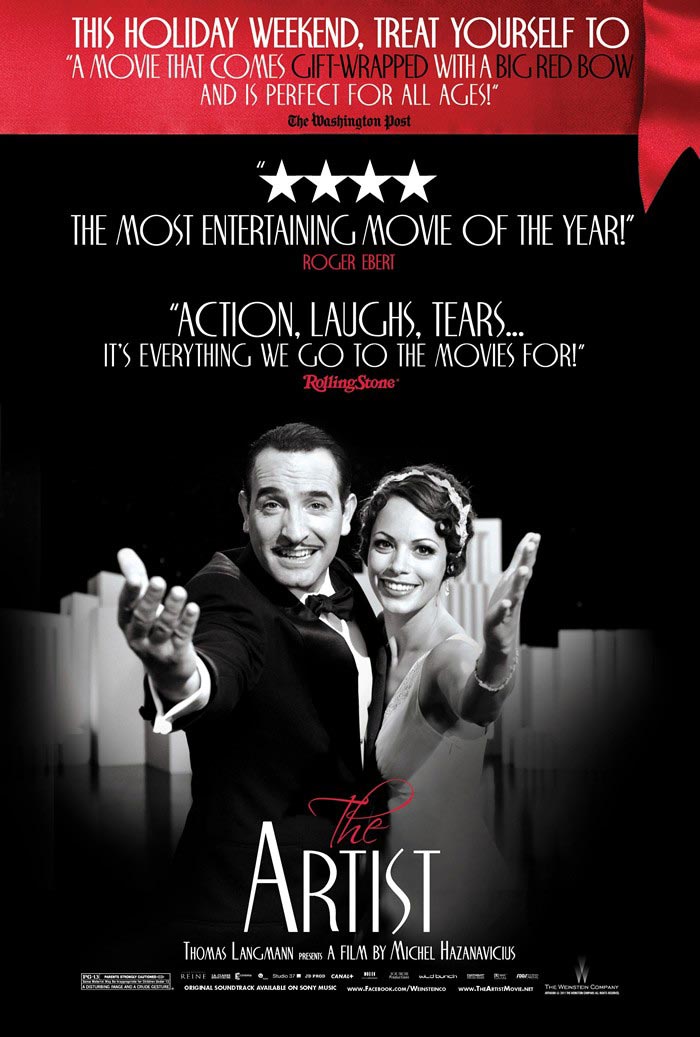 So far, this is easily my favourite movie of 2012.

From the first scene I knew I was going to like George Valentin (Jean Dujardin). It was his smile, the twinkle in his eyes, the perfect hair and his effable charm that won me over within 30 seconds. That is quite the feat considering that for the rest of the movie George would only communicate in this way. I had my hesitations of watching a “silent movie”. But all of that was laid to rest when I discovered that there is a musical score that accentuates what is happening on screen. I can’t rave enough about how magnetic and enthralling Jean Dujardin’s acting is. This film was funny, delightful, romantic and tragic in all the right ways. One of the friends I watched this with mentioned how it pays homage to “Singing In The Rain”. When you watch both movies you realize what he’s referring to. Like Hugo, this film celebrates the nostalgia of classic “moving pictures” and honours the past in a way that’s refreshing and sincere. I suspect it will take several Oscars inluding: Best Actor, Best Original Screenplay and Best Original Score.