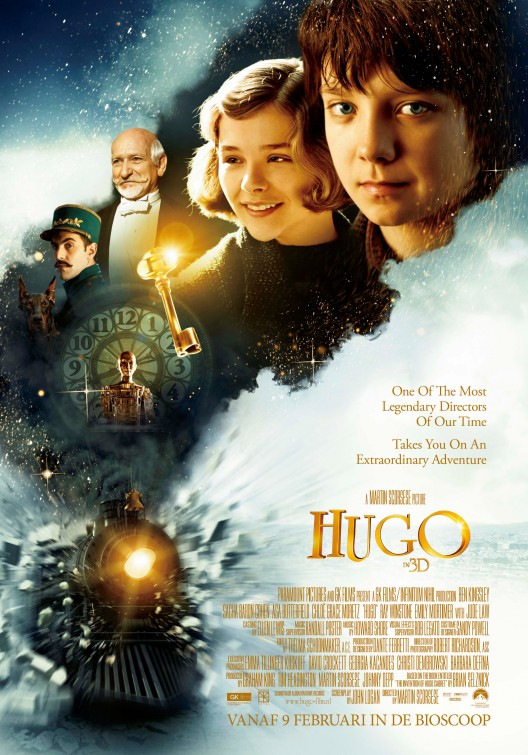 Like the type of person who buys clothes based on the brand and not the quality; I stepped into the dark theatre believing I was going to love this film. Big names like Sir Ben Kingsley and Martin Scorcese were enough to lure me. As someone who celebrates nostalgia, this film was my therapy. I reveled in the real footage of old moving pictures and the way they were essential to the story. The ultimate redemption of Georges Méliès (Ben Kingsley) is beautiful without being sappy.  There are themes of honour, family and purpose that are touched on in a way that seemed universal yet not preachy. I’ll admit that there was one scene where I unexpectedly choked up because I felt the desperation of Hugo Cabret (Asa Butterfield). Sacha Baron Cohen does an excellent job at keeping things subtle and restrained but without compromising on humour. The film clocks in at just over 2 hours so it is a time commitment that may not be suitable for children. Nevertheless, the visual creativity of this film is stunning and captivating without being overdone. It’s the kind of movie you definitely want to watch in the theatre or on Blu-ray. My guess is that it will win several Oscars for: Film Editing, Visual Effects, Art Direction and possibly Best Director.

From themes of purpose and honour, this film felt Looking back at the origins of moving pictures, Even though the film clocks in at over 2 hours, it’s visual creativity and innocence leav