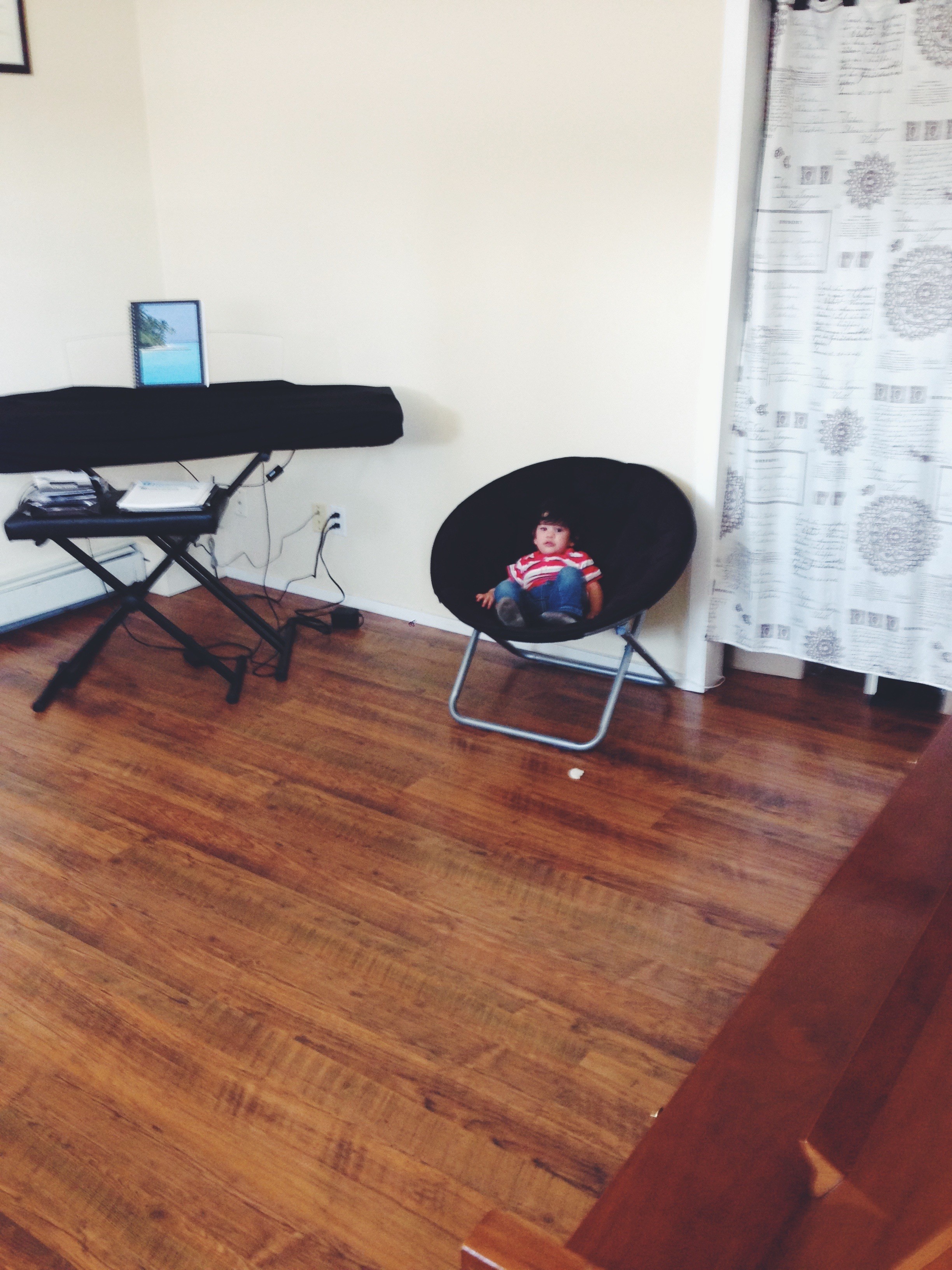 When we are invited as a family to a gathering of any sort, there is a considerable amount  of thought put behind our decision of whether we’ll attend or not. It’s not personal. It’s just that our boys are now toddlers. A toddler, as you know, is the equivalent of a pubescent monkey. They like to climb on things to challenge themselves. They like to hold things for a few moments, then drop them on the floor without thought. They like to chew on anything their opposable thumbs can latch onto. They make a lot of noise when excited. They even do tricks for attention.

When you travel with 2 monkeys, into any setting, you’re always apprehensive. Especially when you’re invited to a residence you’ve never been before AND the other 3 couples in attendance don’t have children. Don’t get me wrong. I’m not implying that couples without children don’t have what it takes to survive a meal with our boys. It’s just that, for us, we’ve become accustomed to hosting meals in the safe confines of our home or attending a get-together where other children are present.

This particular invitation was new territory. Being better-rested parents (the roommates are now sleeping through the night!) afforded us the ability to be more adventurous. So, we accepted the invite.

Without wanting to offend the 3 couples, I’ll admit that we were expecting our time to be preoccupied with preventing our boys from breaking stuff, while attempting to have conversations but stopping mid-sentence because one of the boys climbed onto something he shouldn’t and then eating mouthfuls at a rapid pace so as to never let our guard down. In other words, we were prepared to have an unpleasant time.

To our surprise, it was the opposite.

When we left the apartment building that afternoon, we left with a spring in our step. I’d like to say it was because of our parenting that we managed to pull off such a great time. But the truth is, those 3 couples had everything to do with the success of that day.

So, let me share what these 3 couples did to make a family with monkeys/toddlers feel welcomed, relaxed and sane.

1. The home was kid-friendly.

Our gracious hosts had let me know that their home had a lot of space for the kids to roam without danger. This sounded too good to be true so I didn’t really believe her. But she was right! Our boys roamed the home freely without us needing to constantly watch if they were getting into/touching/climbing anything they shouldn’t.

2. Stuff that shouldn’t be touched was unaccessible.

This made things so easy. There was never a moment when Zavi or Marz touched something that made our hosts nervous. At one point, Marz pushed across the living room a treasure chest to the delight of  everyone in the room! I had prompted him to push it, thinking it would be too heavy to move so it wouldn’t matter. Imagine my dread when it actually started budging! It’s not that the hosts didn’t care about their stuff, but everything that the hosts didn’t want disturbed was out of reach. 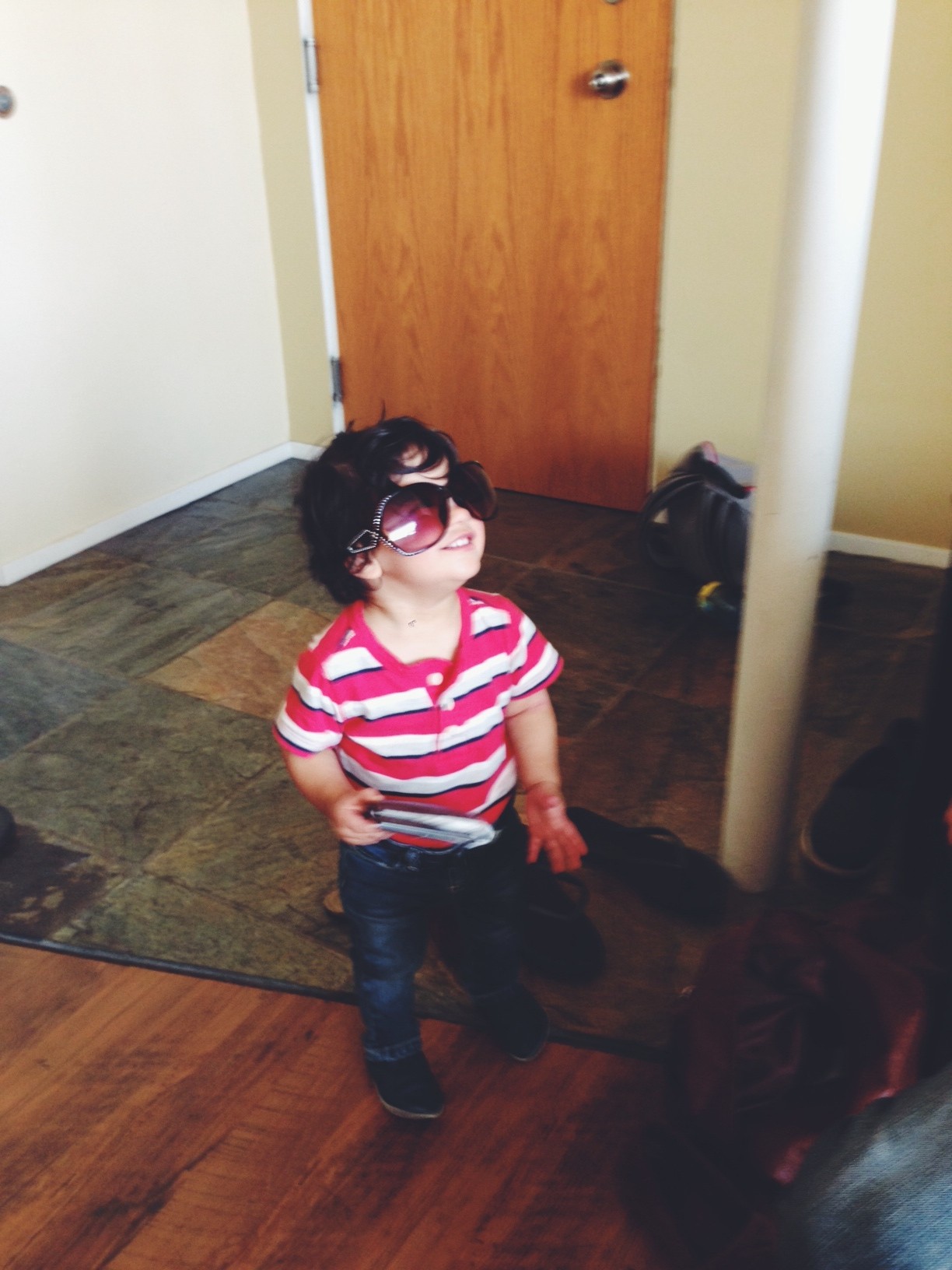 3. Everyone interacted with our boys.

We are the type of parents that feel good when other people interact with our boys. So, to have everyone in the room genuinely engaging with our boys, not only warmed our hearts, but also made us feel welcomed. One particular incident that touched me was when our host allowed the boys to play her piano! Sometimes, you can be made to feel that children aren’t as welcomed as the adults. That dichotomy is sometimes hard for parents to swallow. It can hurt to have your child treated like a nuisance or worst, ignored.

4. Our boys weren’t the main attraction.

There was a nice balance of letting the kids and adults do their own thing while welcoming times when the boys did something to garner everyones attention. As much as I like my sons to be given attention, I feel uncomfortable when they monopolize the subject of everyones conversation and focus.

5. We were allowed to be parents.

As sheepish as we were for arriving last and leaving first, we weren’t made to feel guilty for our timing. There was never unspoken pressure to finish a conversation when we paused at mid-sentence to check on the boys. We were free to be as vigilant or as relaxed as we wanted to be. Sometimes, people over-compensate by constantly reinforcing that you don’t have to “worry about anything”. So you feel guilty for being so attentive.

6 thoughts on “How To Successfully Host A Family with Toddlers”