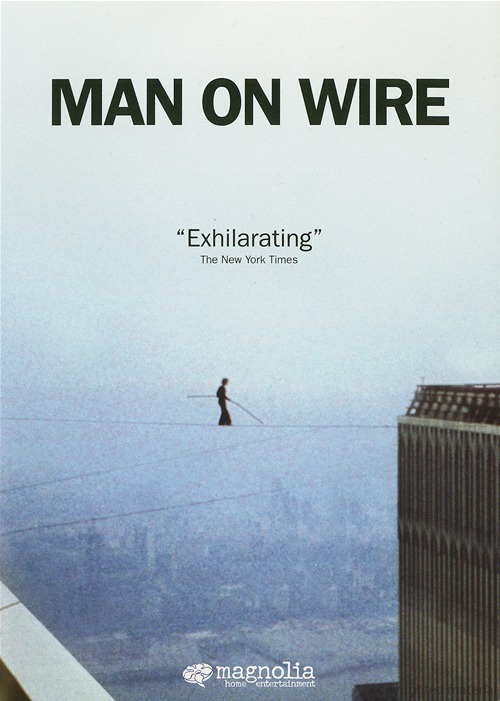 At it’s most basic level this is a story about a man who walked across the Twin Towers on a tightrope. When describing this documentary to friends it dawned on me how misleading this description can be. There is SO MUCH MORE to it than just that. It’s not just about the events that led to the towers or even how they pulled it off, but really, it’s about the “man on wire”. Philippe Petit is poetically and rationally insane. He is articulate and confusing, passionate but fiercely serious.

I did not expect to be on the edge of my seat for an event that was obviously pulled off. I got so carried away with the story that it felt like a thriller.  Which says a lot about the direction and production involved in bringing out the best of an already beautiful story. Watch this. I don’t want to over-hype this but next time you’re thinking of renting a movie, rent this one. It’s a love story, a crime drama, a comedy, all bundled in awesome.

2 thoughts on “Man on Wire”