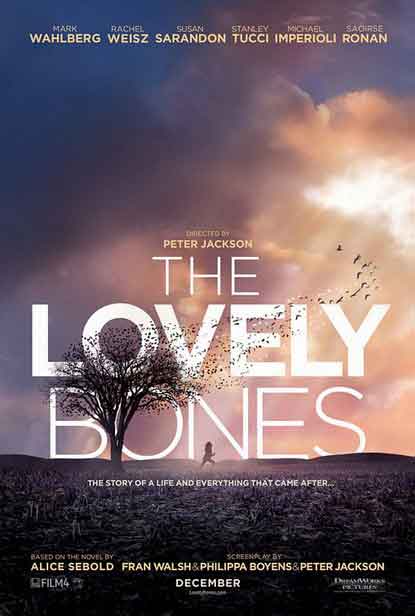 I originally thought this book was going to be a crime thriller. Having Mark Wahlberg and Stanley Tucci at the helm seemed like a clear indicator of a slow-roasting suspense full of rage, intrigue and vindication.

Based on the book by Alice Sebold, this film attempts to convey less about the crime and more about the warmth, complexity and mystery of grief. It’s from the perspective of the murdered daughter that we understand the context and theme of the film.  Each family member deals with the loss in different ways while the killer remains unnoticed and free to scheme for another aggression.  The contrast between the two predicaments makes this film all that more chilling.  Tucci is sinister yet friendly in a “school custodian” kind of way that makes his character frighteningly believable. Peter Jackson maneuvers his cinematic brilliance in conveying “limbo” in a very beautiful ethereal way.  At times I did find those scenes boring because they did little to move the plot. But I guess maybe the point of grieving isn’t about hurrying to get to the next stage but about dwelling in the middle of the mess.