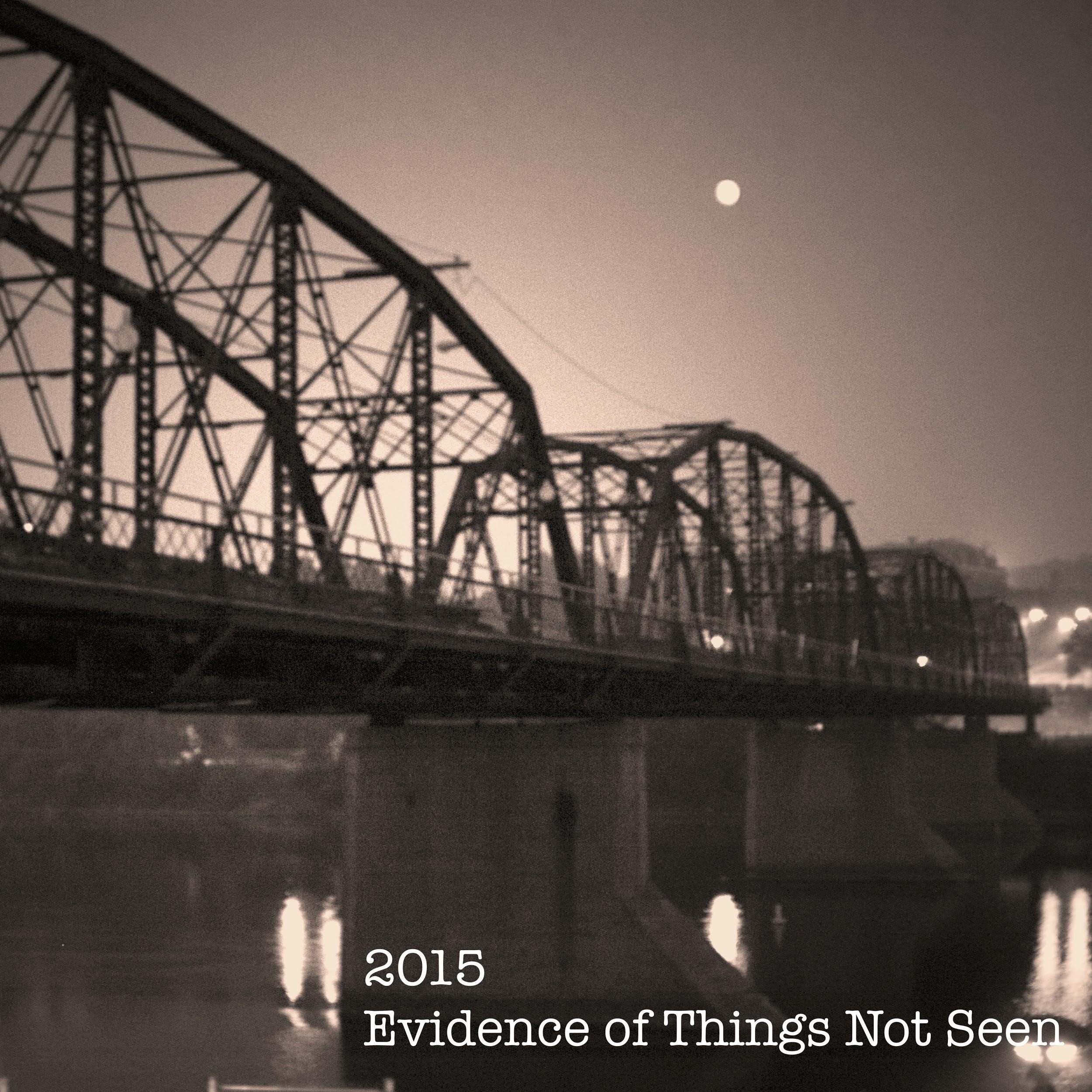 I’m getting older.  I won’t say old, just older. Old enough that I’m legitimately into Jazz music, I now own a “family sized” car, and I think that uncooked ramen noodles are no longer an acceptable meal option. As such, I’ve started to recognize that there are some kinds of music that no longer appeal to me in the same way they used to; break-up songs for example (of which there were many good ones to choose from in 2015). I have also come to a point where I recognize that I am the owner of a particular narrative, and that narrative – for better and for worse – limits my power and my understanding. So, for example, while I can recognize that Kendrick Lamar made one hell of an album this past year, I also acknowledge that the music of “To Pimp a Butterfly” can’t belong to me; It is part of another narrative I can’t get inside of, one which I must be careful not to co-opt. Of course I agree that #blacklivesmatter, that’s easy, I live far away from that reality.  It’s harder, and more important, for me to say #nativelivesmatter, because I live on Treaty 6 land, in a province where HIV infection rates on reserves are higher than some African nations, in a city where I know First Nations people are constantly stigmatized; that reality touches my narrative. All this to say, in getting older I’m finding a deeper sense of story and my place in it; I think the music we listen to reflects the story we find that we are a part of – “Show me your music playlist and I’ll tell you everything about your life.”

2015 is a year of hope for me, not the kind of hope politicians deal in or corporations exploit, but real hope grounded in relationships of trust. I hope to join my friends in joyful acts of creativity and hospitality. I hope the baby my wife and I are expecting will be raised with so much love and grace. I hope God will help me to care for all the people I am starting to know as neighbours. This is the evidence of things not seen, and, at least for now, this is the soundtrack:

Haunting violin rises over fuzzed out bass as this Saskatoon based trio play their brand of doom-metal/stoner-rock. It’s not for everyone, but I love the way this music invokes the prairie expanse as it rumble along like a dust storm.

I know some people have grown tired of folksy, twee bands that sing in hushed tones, and play tobacco burst guitars… but I really don’t care. I’ll take simple plunky banjo tunes over the lazy lyrics and vapid electronic beats that seem to have replaced them in the ongoing cycles of fashionable music. Besides, kitschy plain-folk style bespeaks my roots, and I’m grateful that The Milk Carton Kids have served up another healthy dose of indie folk with beautiful harmonies and reflective melancholy lyrics.

How do you describe this albums except to say that it’s… well… what other word to use… except to say, that it is Epic. There aren’t too many people who could pull off one disc worth of Jazz as compelling and expressive as this, but with Tenor Sax in hand Kamasi Washington has given us three discs worth (that’s three hours) of it.  Wynton Marsalis has said that Jazz “can connect us to our earlier selves and to our better selves-to-come. It can remind us of where we fit on the timeline of human achievement, an ultimate value of art.” Perhaps that’s why I’ve settled comfortably into a new appreciation of jazz, and why I so enjoy listening to “The Epic.”

A flaw in much of what has been branded “Christian” music, and even “Worship” music is that it crassly brushes over the real life struggles we all face with a happy-clappy positivism. By contrast, Sandra McCracken has created a deeply Christian and certainly worshipful collection of songs that build off the Psalmic tradition and grapple with God in the wilderness, God in the depths, God with the refugees, and all with a hopefulness that is not sappy sentimentalism.

A playful horn section, a bevy of brilliant hip hop artists, lyrics that contemplate the terror of being a new father and also celebrate a grandmother through the beautiful invocation of eucharistic language. What’s not to like about this album?

If he had been living in Southern California in 1967 rather than North London Bill could easily have been pulled into the Jesus People movement of the day, instead Bill and his music faded into obscurity until his old albums developed a cult following and Bill was prompted to begin composing music again just a few years ago. Bill’s music is beautifully apocalyptic, not Hal Lindsey style apocalyptic, but actually revealing an image of “the one who was crucified” as the force that’s “gonna change this world” and looks to a time of peace when there “won’t always be the war machine.”

This project brought together the texts of old hymn writers (like Isaac Watts, & Charles Wesley old) with a diversity of current day musician, songwriters and producers, to make a beautiful set of “Songs for Lent” built around the stations of the cross. I hope this isn’t the last collaborative project we see nurtured by Brian T. Murphy & Brannon McAllister who founded the project.

I had the good pleasure of seeing Son Lux live in concert this past year just as their new album was being released, and they sounded amazing. In turn, the album was in heavy rotation on my playlists and helped provide a sonically rich and lyrically incisive rhythm to the events of this year. These songs, rich in existential questions, rubbed hard against our religiopolitical realities and posed the kind of questions that I was grappling with personally this year.

Brittany Howard’s colossal voice is backed by as tight and expressive a band as you could hope for, punching through tunes that are deeply soulful even as they push beyond the confines of traditional Rhythm and Blues. This is the kind of music I could listen to all day and be fully content, Lord willing.

I first fell in love with the music of Sufjan Stevens when someone handed me a set of headphones playing tunes from his Michigan album; I was immediately hooked. Simple but beautiful instrumental arrangements undergirding deeply poetic and personal lyrics.  Sufjan has experimented with a variety of songwriting styles over the course of his career and is a remarkable composer, but I’m extremely grateful that for this achingly personal album he kept the arrangements simple and provided us with some of his most poignant lyrics to date. A fitting reflection on the passing of his mother that speaks powerfully to the questions we all face at these thin places where life and death hang in the balance.

I have recently come to appreciate the fact that for most of my life I have benefited from living on Treaty Six land. So to the First Nations of treaty six, and to all aboriginal people in Canada, let me say thank you, kinanâskomitin ᑭᓇᓈᐢᑯᒥᑎᐣ.  It’s been good to see that the Polaris Music Prize has been recognizing important First Nations artists like Buffy Sainte-Marie, and I must say that I really enjoyed this remix of her song put out this year by A Tribe Called Red.

Every sound on this track comes from Eryn Allen Kayne’s voice (& finger snaps), and what a voice, singing “If I call on a blessing, Lord Will you remember me?”

It’s been enjoyable to hear the thought provoking conversations Michael Gungor and company have on The Liturgists Podcast. I’ve also enjoyed listening to Gungor’s new album, especially this track which is a helpful pushback on the tribalism of our age.

“Forgiveness is the garment of our courage,” so sings Michael Gungor’s brother David, and so delivers another helpful reminder of our shared humanity.

A Malian four-piece blues band singing “Music In Exile,” what a powerful and beautiful thing. As vocalist Aliou Touré speaks of this song – “Soubour is about patience. And in life, for all you intend to do, you need patience and you need to be courageous and patient to get what you want.”

It was the powerful vocal harmonies that first drew me to Seryn, and they deliver the goods again on this track belting out, “Some of it hurts but I’m realizing every part I lose is a part worth letting go.”

It can be tempting to run from your past, rejecting root and branch your progenitors, striking out for greener grass, fresher air. But running becomes harder with age , and you realize more and more that, try as you might, you can’t really escape your history.  How you make peace with it, that’s another question, for another song.

I’ve always enjoyed Karla’s big beautiful voice, and it sounds huge in this recording set down live at The Space in Red Deer, AB.