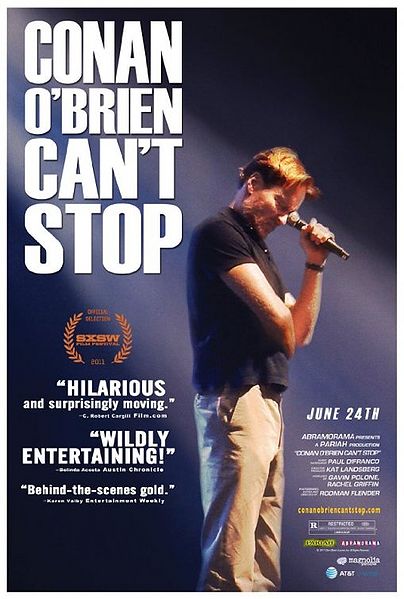 As I sat in a barely empty Garneau Theatre I realized that this documentary was more of a vanity project meant to satiate his fans. It’s only interesting if you are already initiated with his brand of humour. Ultimately, the story of “Can’t Stop” is that Conan literally “can’t stop” performing and he’ll drag anyone willing to listen. There were moments of hilarity but they were overshadowed by long hauls of inanity. But you gotta give it to him for persisting in the face of a 45 million “set back”.