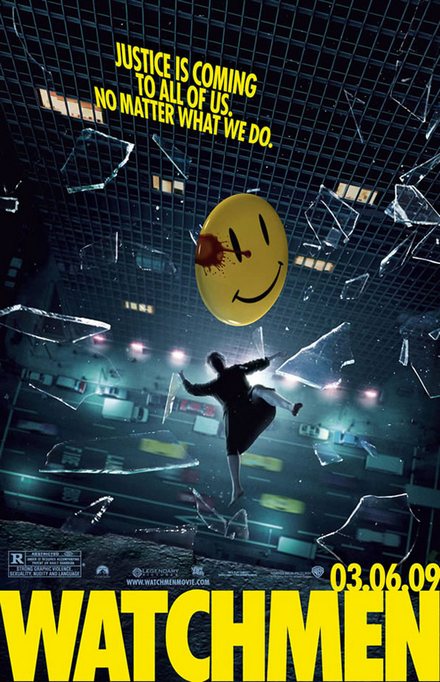 I once leafed through the hefty graphic novel and found the amount of detail a little bit confusing.  I vowed I would read it before I watched the movie. So much for my life as a vow-maker. The director Zack Snyder wanted to make a film that the “uninitiated” like me could get into. Even though he managed to draw me in I still felt like I was missing something. The philosophical and political underpinnings are obvious but not preachy. Attempting to look deeper I wanted to know what Dr. Manhattan represented. Is he the promise of Nuclear power? The alternate reality that this film portrays is both terrifying but close to home. With the death of Bin Laden I wonder how much of a super-hero we are going to make of the Navy Seals? The promise of a better tomorrow through violence is evidently played with in this story. Is it okay for death of the few to justify the salvation of many? At midnight this film seemed a bit too bleak and heady for me. I think I’m going to buy the comic and take it all in a bit at a time.