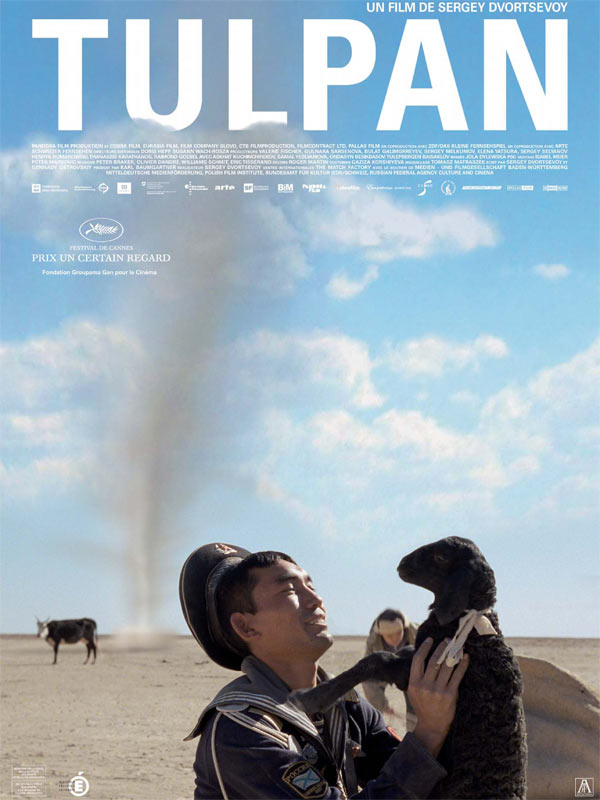 Tulpan is not fully a documentary nor is it fully fictional, instead it falls under the category of cinéma vérité. It’s the beautiful coalescence of both worlds. The documentary filmmaker Sergie Dvortsevoy decided to write a story set in the desert of Kazakhstan. The camera follows Asa, a discharged Russian sailor, as he attempts to win the love of the mysterious Tulpan. He’s currently not in the best place because she keeps turning him down for simple things like his ears being too big.  Not only that but he lives inside a yurt with his sister, her husband and their 3 kids. His ineptitude as a shepherd makes for tense encounters with his brother-in-law. Then there’s his best friend Boni who is an aficionado of pornography, Boney M and city life.  There are many compelling elements like the vulnerability of Asa’s sister, the cuteness of the youngest child and the engaging landscape caught in real-time that keeps you connected to the unfolding story.  The power of this type of film is also seen in  scenes that  where your left wondering “How on earth did they pull that shot?”  I’m specifically talking about the live birth of a baby lamb and the crazy camel.  You have to watch it to know what I’m talking about because you’re caught off guard by the subtle grandeur and hilarity of both those moments.