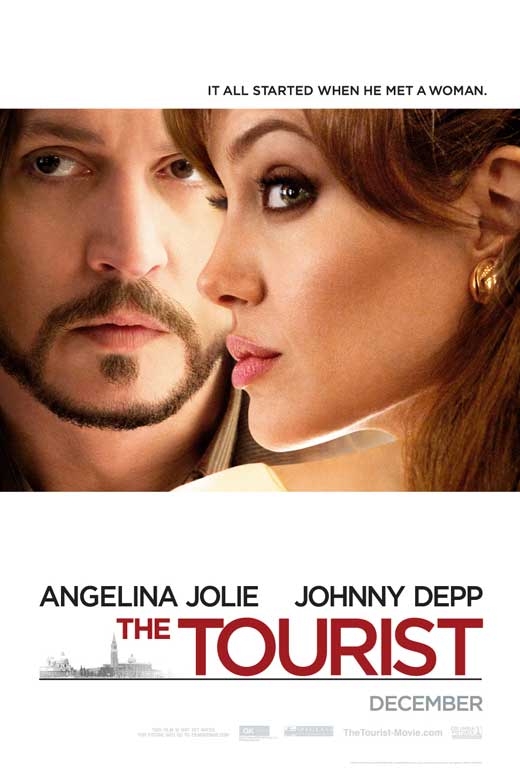 Don’t be fooled by the context of this film. It is the ULTIMATE Chick flick. It gets that label because if you are an unsuspecting male you’re tricked into believing that you’re watching a thriller of some sort. But really, you’re watching a movie about what a man does to be with his love. For the females, this is a pleasant surprise.  I watched this with some friends because it was the only option that the majority of us hadn’t watched. This meant that one of us endured watching this twice. Something I do not recommend for anyone. Thanks Wes. You are one patient friend.

Did you know that The Tourist was nominated for “Best Comedy/Musical” category for the Golden Globes? It’s supposed to be a comedy? Wow. That’s funny.