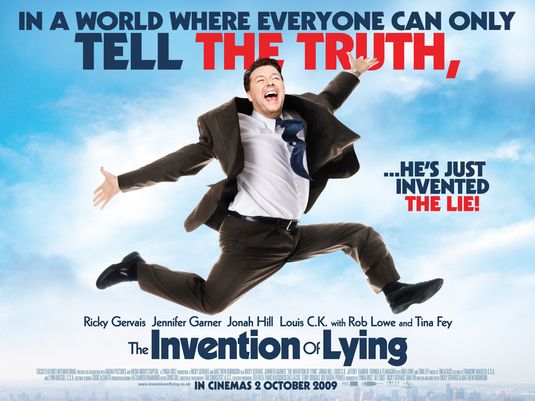 I was actually disappointed by this film. Not because of its attempts at “religious satire” or it’s weak romantic story, but rather because I hardly laughed.  I don’t watch or listen to Gervais for relevant criticism of religion. I read Harris and Dawkins for that. The idea seemed interesting but as the film continued the less humourous I found the “lines of honesty”.  If there is one reason to rent this film its for its “special features”.  There are gems in this section so I suggest you watch those parts if you want to watch Gervais at his finest!  Seriously, the “Meet Karl Pilkington” part is so funny, especially if you’ve listened to any of their podcasts.