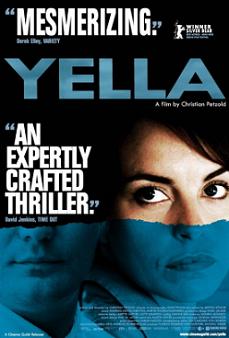 I have no idea what this movie was about. On one level it’s a story about a woman in the process of leaving her husband to make it on her own. Along the way she ends up working for a guy as a “pseudo-accountant” whom he uses for negotiating purposes when dealing with companies in the brink of bankruptcy.  Doe that even make sense? I’m just trying to piece together what I saw and I’m still coming empty.  Along with the video was an essay that described the political dimension of this German film. I read all of it and remained even more ignorant.  I will say this though, for not knowing what the $@!# was going it was an interesting watch nonetheless.