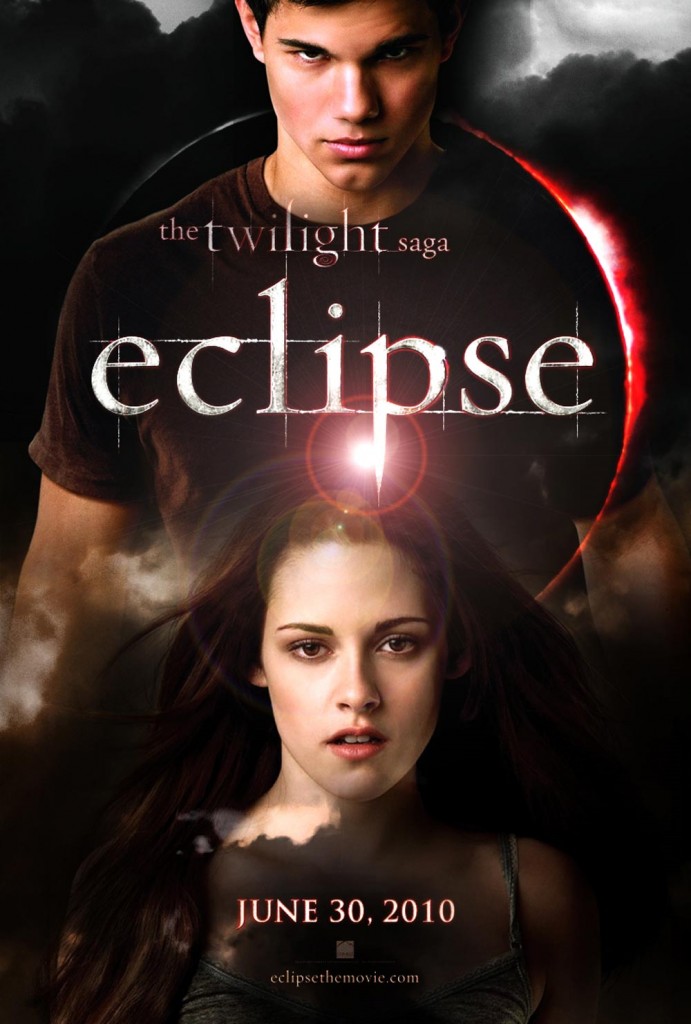 I’ve noticed something interesting about how polarizing this franchise is. When mentioning to some friends that we had watched the last two movies because my wife read the books, their vitriolic response punctuated by judgmental bewilderment  revealed exactly where they stood on the love/hate continuum. I don’t have the energy for this kind of attitude. Doing so would require me to take it serious. Instead, I’m entertained by the vampire vs werewolf mythology (even though it’s scarce). I’m amused by contrived scenes like the one where two of Bella’s friends exclaim “Sorry Bella, gotta go. We love this song” and proceed to dance to a Muse song. Who dances to a Muse song? I’m giddy with laughter at lines like the one where Jacob tells Edward “…and besides, you know I’m hotter than you.” I applaud that the writers were able to sneak in such a juicy line that fuels the fire of  the meta-contest between Team Jacob and Team Edward. So stop the hatin’ and let yourself get lost in Taylor Lautners’ abs.