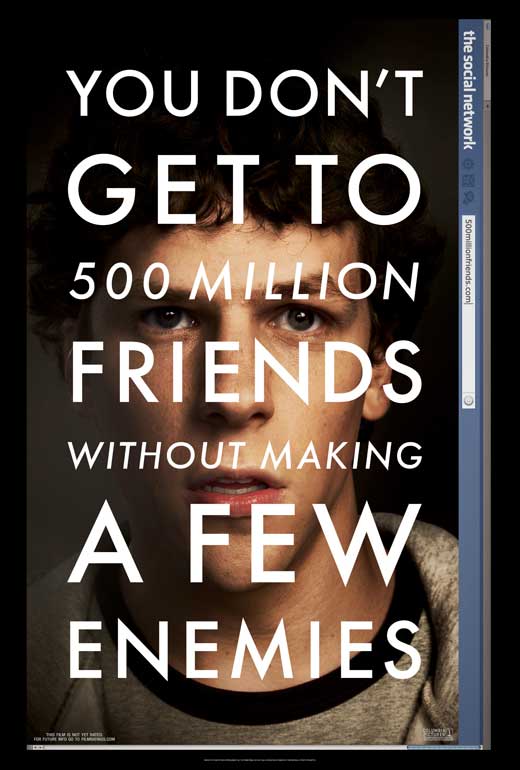 I know I shouldn’t be surprised that something so new and unfinished was made into a movie that the masses received with open arms. I’m looking at you Justin Bieber. The Social Network is propelled by the common tale of good, kind of evil and shady characters that stumble upon something that led to a road paved in gold. Despite the brilliant rein and control of scenes and lines; it is a bit premature to have captured its history. If anything, I was more compelled to give up Facebook than to get excited about its beginnings.  One small detail that I found distasteful was the ironic portrayal of Sean Parker played by Justin Timberlake. Really? The co-founder of Napster is played by a recording artist?! Congrats on Reznor though for winning an Oscar!