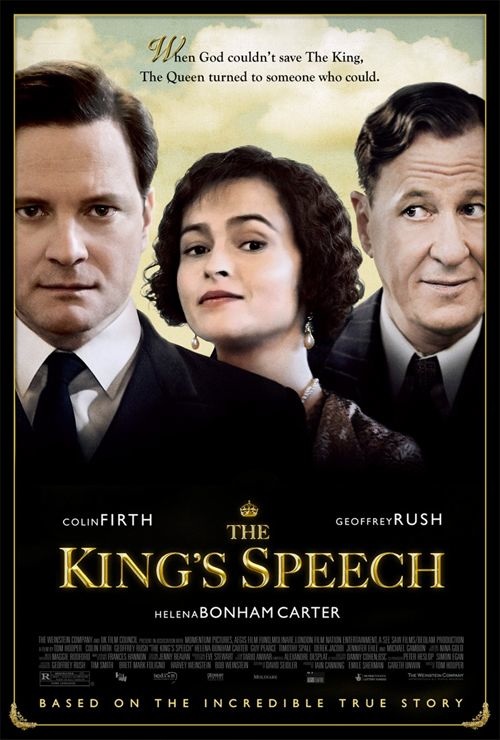 Facts: Colin Firth is exceptional in portraying vulnerability with traces of pride and strength that you might expect from Royalty. Helena Bonham Carter is surprisingly straight laced and refreshingly plain. Geoffrey Rush is impeccable with his comedic timing without sacrificing on sophistication and class.

Quotes: “No scenes were wasted in this movie.” – Josh

Reflection: This is the year for the British monarchy. Not only did a portrayal of the family win Best Picture at the Oscars, but also, we are all waiting to get our wedding invites in the mail. Don’t pretend that you don’t have your outfit picked out for April 29. Yet, as much as I want to be included with royalty; I’m still feeling disconnected and vacant with the entire story.