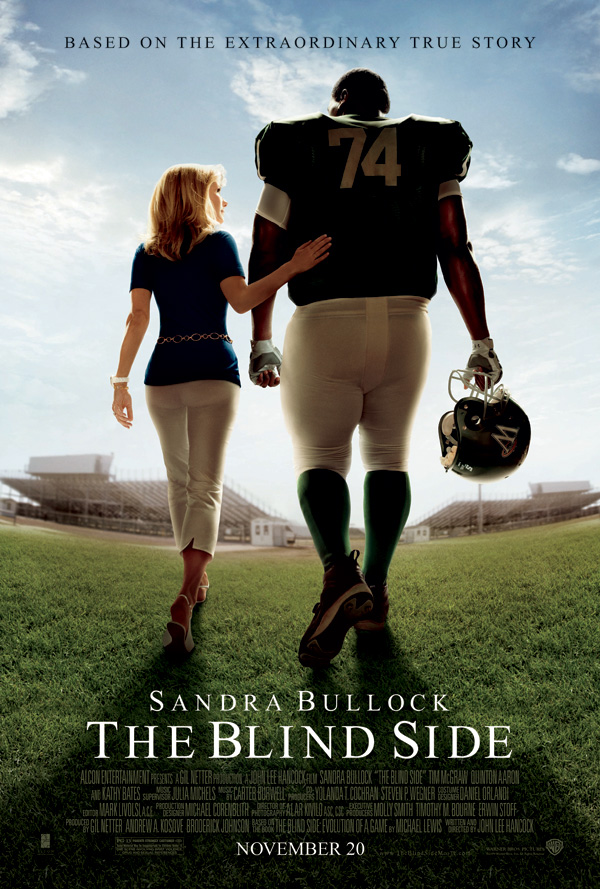 I avoided this movie for as long as I could. My wife actually purchased the DVD but I refused to be a sucker to this story.  I’ll admit that the trailer itself caused a small knot in my throat. It’s 2 days before Christmas and I thought as we wrapped gifts watching a movie would be great. I had rented “Gone with the Wind” but she refused to watch it because she thought it was going to be sad. Out of desperation I suggested “The Blindside”. She agreed even though she’s watched it a dozen times.  So there we are minutes into the movie and I’m sobbing. Literally. I cried for half of the movie. Wrapping gifts served more to distract me away from the emotions that were pummeling me.  I can’t explain exactly why I was so moved. It wasn’t so much the acting but the story. Was it a good movie? I couldn’t tell from the tears blocking my sight.