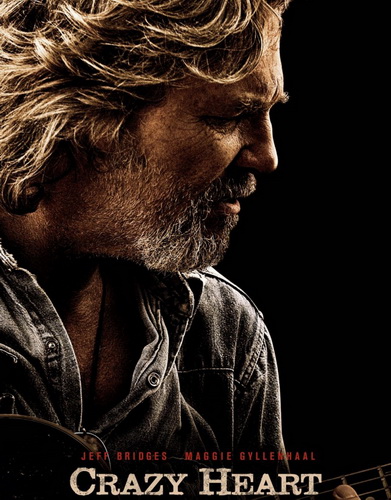 Is it okay to have a crush on Jeff Bridges AND Maggie Gyllenhaal? Okay so before the awards I knew I wanted to watch this film.  In fact my friend Josh and I had agreed over text while on his honeymoon that we would go to the princess and partake.  He told me “it’s ‘The Wrestler’ of 2010”.  Of course referring to the tragically brilliant film with Mickey Rourke.  Josh is the perfect person to watch a film like this simply because he can appreciate the slow moving contours of a story that doesn’t need to rush to make a point.  Instead I ended up enduring the complaints of 2 females that will remain nameless (rhymes with smellsey and grisha) and shutting it off half-way into the film in order to appease the 2 aforementioned princess’s. Because of this I can honestly say I had difficulty absorbing the story.  However, there were moments that did catch me off gaurd with tension, relief, sadness and hope. The acting is brilliant (even Colin Farrell isn’t too bad. But why him?), the lyrics are memorable and the hype is deserved.