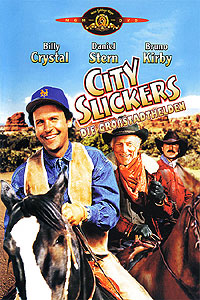 The “one thing” I enjoyed about this film was its quirkiness. At one point it’s attempting to make a serious philosophical point in the next there is a misogynistic wise crack and then the next your dealing with the death of a character.  It’s a movie with a lot of “range” but not enough consistency. Jack Palance steals every shot which is why I think he won an Oscar for “Best Supporting Actor” even though he wasn’t in a  majority of the shots. I’m not a Billy Crystal fan and his fluffy curly mullet but he was a good contrast to the other actors.  Overall, I did enjoy this film and will definitely not watch the sequel that the producers made to squeeze as much milk from the “City Slicker” cow.