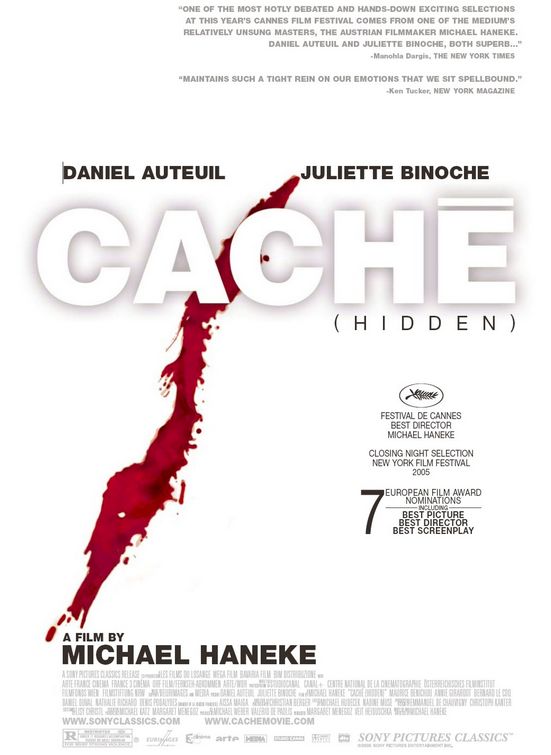 Here’s the set-up of the film: A couple’s life is interrupted by the sudden appearance of a series of surveillance-type videotapes.  There is nothing shocking or disturbing about the tapes. Therein lies the genius of this film. There is no menacing threat or overt monster looming on every corner. There is a restrained and calculated effort that is executed seamlessly.  From the absence of a musical score to the long shots, we are placed as both spectators and participants of what unravels. The suspense I felt stemmed from my own imagination. Unlike thrash crap horror films that are rampant; Haneke knows how to manipulate angles and moods without the excess of gore and violence. Having said that, this film has one of the most memorably disturbing scenes I’ve ever seen.  The theme of guilt is at the foreground of what Haneke is attempting to search for. The monster in this film is not the person sending the film but the subject. If you are into watching films that shake and challenge how you see reality this is a “must see”. If you are into films that respect the intelligence of the viewer by refusing to provide clear answers, neat endings and re-hashed plot lines, then this is a “must see”.