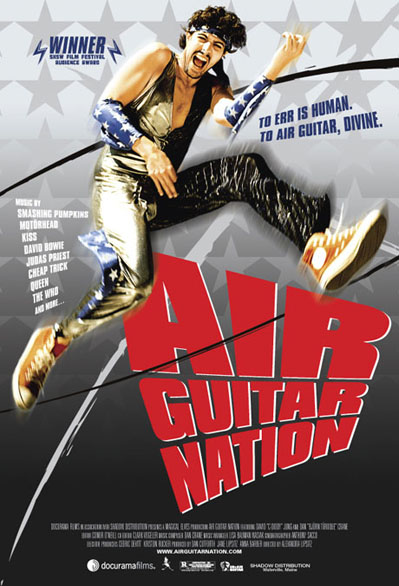 When I first began watching this I felt a little out of sorts. Do I laugh? Do I pity? Do I take them serious? Is this a joke? But as the documentary unravels I found the humanity to it all. You could say I got a “whiff” of what Air Guitar is about. As we follow C-Diddy, the first American champ of Air Guitar and his rival Björn Türoque to Finland, I was caught up in both the competition and skill of this art form. In Finland, the Athens of Air Guitar, is rooted in the seriousness, passion and skill of licks, strums and picks.  Meanwhile, the American champ C-Diddy is more about the humour, schtick and drama of it. Does his style take the crown in the final showdown on an already skeptical audience? Will he be the first American champ?  Maybe you have to be a guy to appreciate the competition or maybe you just have to be a fan of music. Either way, I was on the edge of my sofa strumming my Air Fender in harmony with the masters. I was lucky I didn’t break it because I was rocking out real hard.