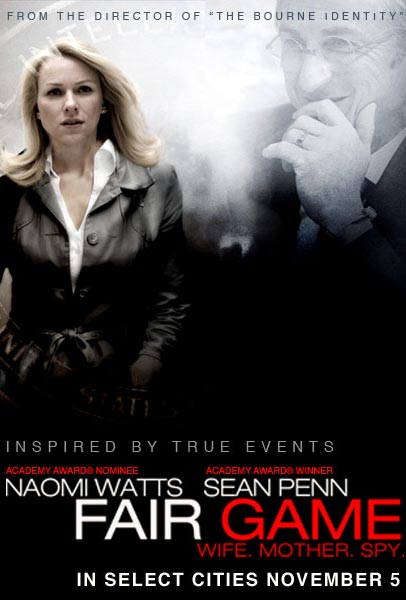 Interesting: Valerie Plame’s story is so tragically unbelievable. She was a CIA agent who had valuable information about Hussein’s Weapons of Mass Destruction and was unceremoniously fired from her position.

Undecided: Is Sean Penn’s portrayal of Joe Wilson accurate or is Penn playing the “angry” Penn we’ve seen him act in other movies?

Thrilled: Unlike Matt Damon’s Green Zone, this film had a good pace of sequence and camera work.

Angry: This is not a fictional story but something that actually happened in our lifetime. The injustice and dishonesty that led to the invasion of Iraq is disturbing no matter how you tell it.